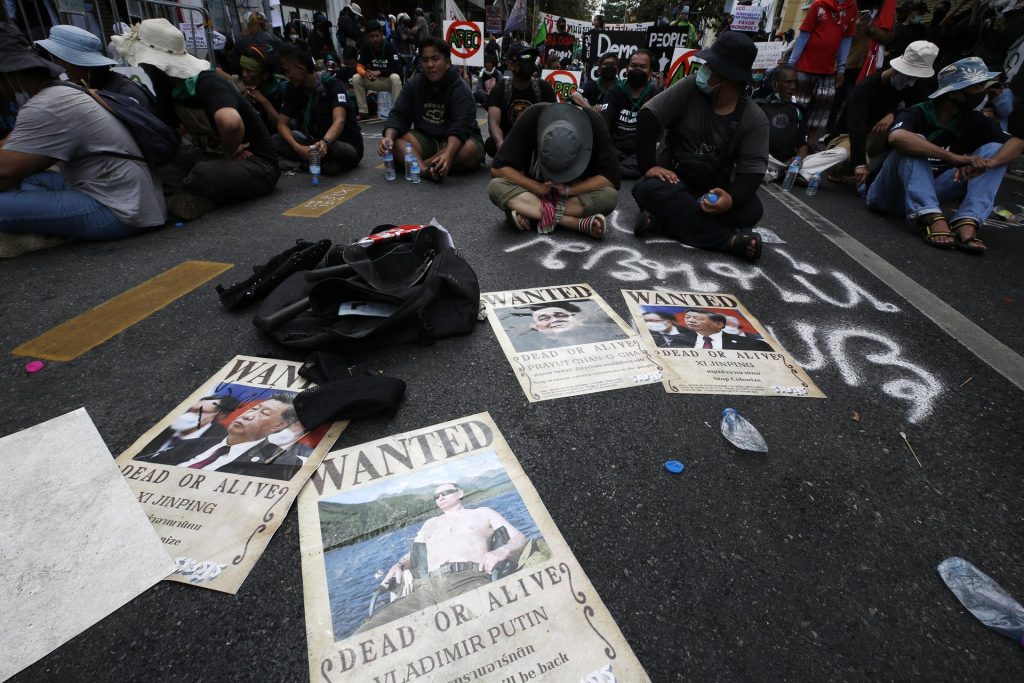 Thai riot police clashed with protesters demonstrating against the Thai government in Bangkok today as the summit of leaders of the Asia-Pacific Economic Cooperation Forum (Apec) took place.

Witnesses reported police firing rubber bullets mid-morning at those attending the rally at the Democracy Monument, in the historic centre of the Thai capital.

Monitoring NGO iLaw wrote on Twitter that according to witnesses, “rubber bullets were shot in close range. Police were only 2 metres away from protesters.”

A local news outlet also reported that tear gas and rubber bullets were fired at around 12.35pm.

At least 10 people have so far been detained by authorities, Thai Lawyers for Human Rights said.

The demonstrators aim to reach the Queen Sirikit National Convention Center, where leaders of 21 economies that make up Aec are meeting Friday and Saturday.

The protesters call for the resignation of prime minister Prayut Chan-ocha, who is hosting the summit, and for deep democratic reforms in the country.

Russian president Vladimir Putin, who is not attending the meeting, and his Chinese counterpart Xi Jinping were also targeted by protesters who pasted up “wanted, dead or alive” posters bearing the pair’s and Prayut’s faces.

A strong security forces deployment and the blocking off of some of the capital’s main streets prevent the demonstrations from reaching the convention centre where the summit is taking place.

Among the leaders participating in the event are Xi, Japan’s Fumio Kishida, Australia’s Anthony Albanese, New Zealand’s Jacinda Ardern and Chile’s Gabriel Boric, among others.

The summit is also marked by notable absences such as that of the US president Joe Biden because of a family wedding (his vice president Kamala Harris is in attendance instead), and the Russian president.