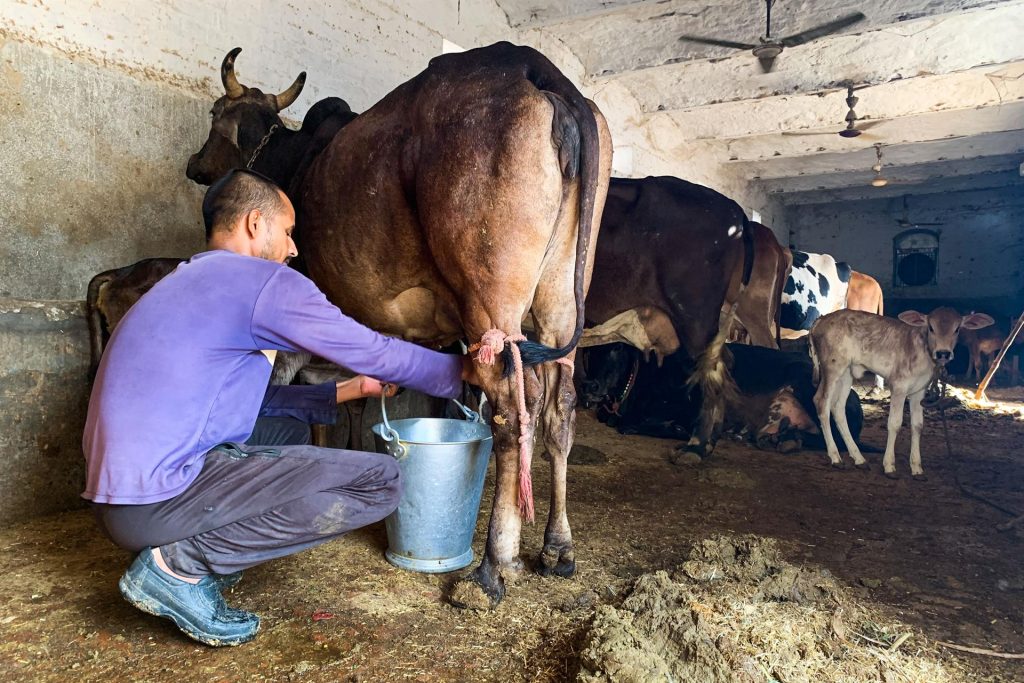 The spread of a virus – which has already killed over 150,000 cows – has triggered concern in India, as this skin disease without a specific treatment is threatening an animal which is sacred in Hinduism, the majority religion of the country.

In September, thousands of orthodox Hindus came out on the streets to demand urgent action to save the cows – who are revered as mothers – after images showing thousands of dead cows went viral.

The protest, which resulted in clashes with the police, was dominated by hardliners of the Hindu right-wing Bharatiya Janata Party – led by prime minister Narendra Modi – who blamed the regional government of Rajasthan, headed by the opposition party Indian National Congress.

The furore has been caused by outbreaks of lumpy skin disease, which has infected over 20 million cows and killed over 150,000, said Sujit Nayak, joint commissioner of India’s department of animal husbandry and dairy.

The disease is caused by a provirus and is considered endemic to different areas from Africa, it can cause death among bovine animals – although the biggest impact is linked to declining fertility and milk production.

Its main symptoms are nodules or lumps on the animal’s skin – especially on the head, udder and genitals, which later deteriorate into deep wounds.

The virus spreads through blood-feeding insects, whose numbers increase during the rainy season.

The lack of a vaccine capable of stopping the virus from spreading has led to the health authorities provisionally administering the goat pox vaccine and sheep – with an efficiency of around 80% – said KP Singh, joint director of the Indian Veterinary Research Institute (IVRI).

After being given these shots, even if the cows get infected, “they will show only mild symptoms” said Singh, adding that would help the authorities to develop a specific vaccine, which will be available in 3-6 months.

“A detailed study on this disease is required. What we know about the disease is insufficient” to determine if it can spread to humans and other animals, said the expert, although he insisted that with adequate treatment and vaccination, the mortality rate among cows reduces to 5-10%.

However, the disease has again brought into focus the lack of care for India’s cows – despite their divine status – who can often be seen starving and eating garbage and moving among the traffic.

“People in India are not following their duty to protect our mother cow, the way they are supposed to,” noted Prem Pandit, the main priest at a Hindu temple in the capital that runs a cow shelter.

The shelter offers food and daily medical attention to over 1,500 cows rescued from the streets or adopted by the centre after they stop producing milk and are abandoned, as their slaughter for meat is banned in most parts of the country.

Nearly all the cows at the shelter have received the goat pox vaccine and so far, no outbreak of the lumpy disease has been reported, although its managers are aware of the potential risk of the virus for the centre, which does not have infrastructure to isolate infected animals.