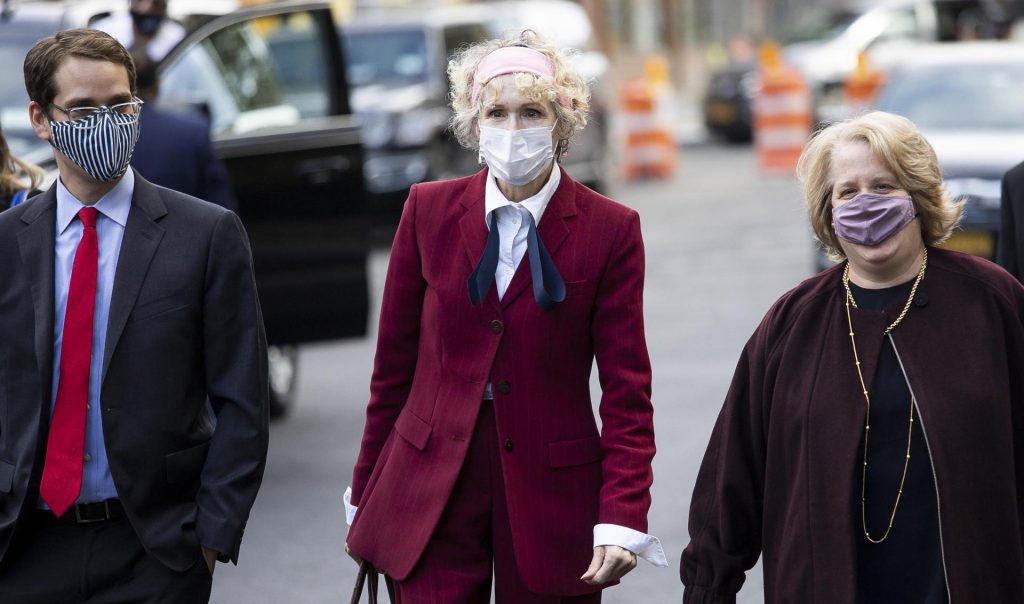 Journalist E Jean Carroll, who has publicly accused former president Donald Trump of raping her almost 30 years ago, yesterday filed a civil lawsuit against him for battery and defamation in a New York federal court.

Carroll, a long-time advice columnist for Elle magazine, filed the suit on Thanksgiving Day, when New York state’s recently-approved Adult Survivors Act begins a one-year window – during which survivors of sexual assault that occurred when they were over age 18 may sue their alleged abusers, regardless of when the assault may have occurred.

The journalist is already suing Trump for defamation after he denied her prior assault allegations and made public comments about her that she says were unacceptable.

Both the new battery case and the ongoing defamation case focus on an incident Carroll says took place in a New York City luxury department store roughly 27 years ago.

Carroll filed the second suit against the former president after he called her accusations against him a “hoax and a lie” on his Truth Social online networking service.

She has asserted that an initial session of playful verbal banter with Trump “took a dark turn” when the mogul suddenly “forced her up against a dressing room wall, pinned her in place with his shoulder, and raped her.”

Trump, however, has continually denied Carroll’s allegations, claiming in 2019 that assault “never happened” and contending, in any case, she was “not my type” – a remark that sparked a firestorm of public criticism.

The new lawsuit demands the 76-year-old Trump pay Carroll, 78, an undetermined quantity for damages and also retract his earlier statements about her.

Carroll published her account of the alleged rape in a 2019 book and a magazine article that appeared earlier this year.

On her Twitter account, Carroll posted a link to the new lawsuit, saying: “This suit is not just for me, it’s for every woman who has been groped, grabbed, mauled, assaulted, demeaned, and dragged through the mud by a powerful man.”

She said that the alleged attack took place in the Bergdorf Goodman store on Fifth Avenue, where she happened to run into Trump – at the time a New York real estate magnate – and hoped to take advantage of the chance encounter to interview him for an article.

After the alleged rape, Carroll told two female friends – who were also journalists – but said she blamed herself for what had happened and decided not to report the incident to the police out of fear of being harassed and deluged with lawsuits by the wealthy Trump, losing her reputation and potentially her career.

She kept publicly quiet about the matter until the #MeToo movement came into prominence, and in 2016 she began to consider accusing Trump when she saw that other women were beginning to come forward to report similar behaviour by the then-presidential candidate.

But she said she did not do so out of respect for her mother, a Republican politician who had only months left to live, and the possibility her account might support an image among Trump’s supporters that he was a “macho” man.

She said in her lawsuit that her experience with Trump made it difficult for her “to trust men.”