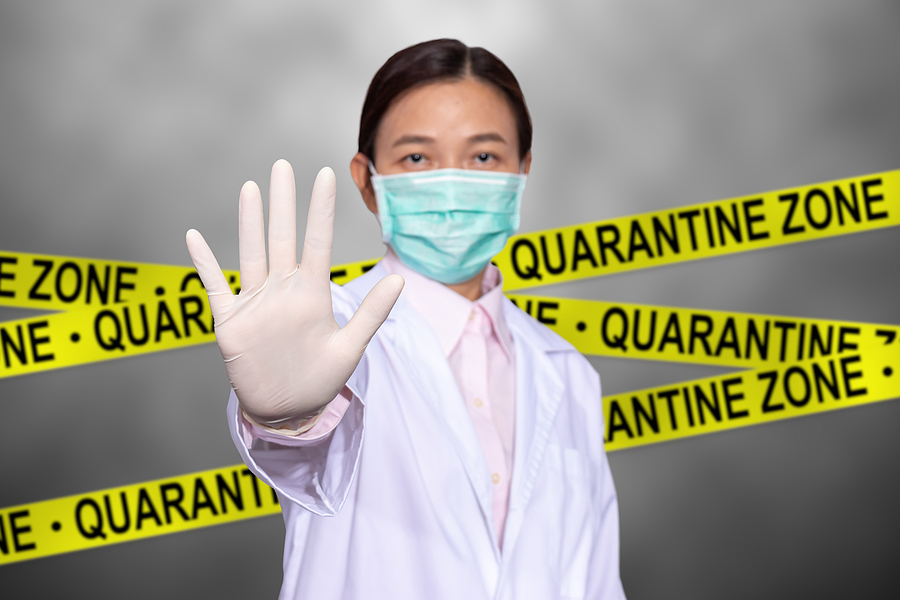 China will allow several people with mild Covid -19symptoms and asymptomatic cases – who meet a set of conditions – to isolate themselves at homes instead of hospitals and quarantine centres, as has been happening for almost three years, state broadcaster CCTV reported today.

This development comes as a part of new measures announced by the State Council, or the Executive, to ease the stringent “Zero Covid” policy that has been in place since the outbreak of the pandemic.

With the exception of places such as hospitals, nursing homes and schools, there will be no need to show a PCR test report to access public places.

A negative PCR report was mandatory to access public places, especially in recent months, which led to protests in several cities over the past week and led many of the cities to relax these measures.

Among the most severe measures under the previous “Zero Covid” policy were mandatory PCR tests on the urban population multiple times a week, and the quarantine of all infected individuals and their close contacts, often in centres with poor sanitary condition.

The new measures is also the prohibition of “blocking doors,” in which buildings with infected people would be sealed off to contain the infection – something that was raised in the protests following a fire in the city of Urumqi.

Around the end of November, 10 people died in a fire in a residential building in Urumqi. Several people attributed the deaths to an alleged blockage of the escape routes, although it was denied by the authorities. That incident sparked outrage across the country and unleashed a wave of protests in major cities.

According to the new protocols, the detection of a positive case in a home cannot result in sealing off the entire building, area or neighbourhood – only the affected dwelling.

The new set of guidelines also stipulates that classes will be face-to-face unless cases are detected at school and that canteens and sports centres in educational institutions must function normally.

Last week, vice premier Sun Chunlan, in charge of overseeing the “Zero Covid” policy, underlined the low pathogenicity of the virus and the high vaccination rate of more than 90% among the population.

A total 5,235 people have died in China due to the coronavirus since the pandemic began, according to official figures. Meanwhile, multiple studies have underlined that the “Zero Covid” policy has saved many lives.

The leadership of the Communist Party of China (CPC), during a meeting, called to “optimise” anti-pandemic measures during the coming year as the country begins to relax several restrictions under its the “Zero-Covid” policy, state media reported today.

The 24-member CPC Politburo, chaired by president Xi Jinping, stressed that China will aim to better coordinate epidemic prevention and control and economic and social development, according to Xinhua agency.

The CPC leadership also wanted to ensure the continuity of its fiscal and monetary policy, while insisting on the promotion of technological development to make China no longer dependent on other countries.

In recent days, the authorities, through articles and interviews of experts on state media, have been underlining a lesser health risk from the omicron variant.

This comes at a time when China has begun to ease some of the measures under its stringent “Zero Covid” policy, which has been in place for almost three years.

Some of the tough measures include the isolation of all infected persons and their close contacts, strict border controls, partial or total lockdown of areas where cases are detected, and constant PCR tests of the urban population.