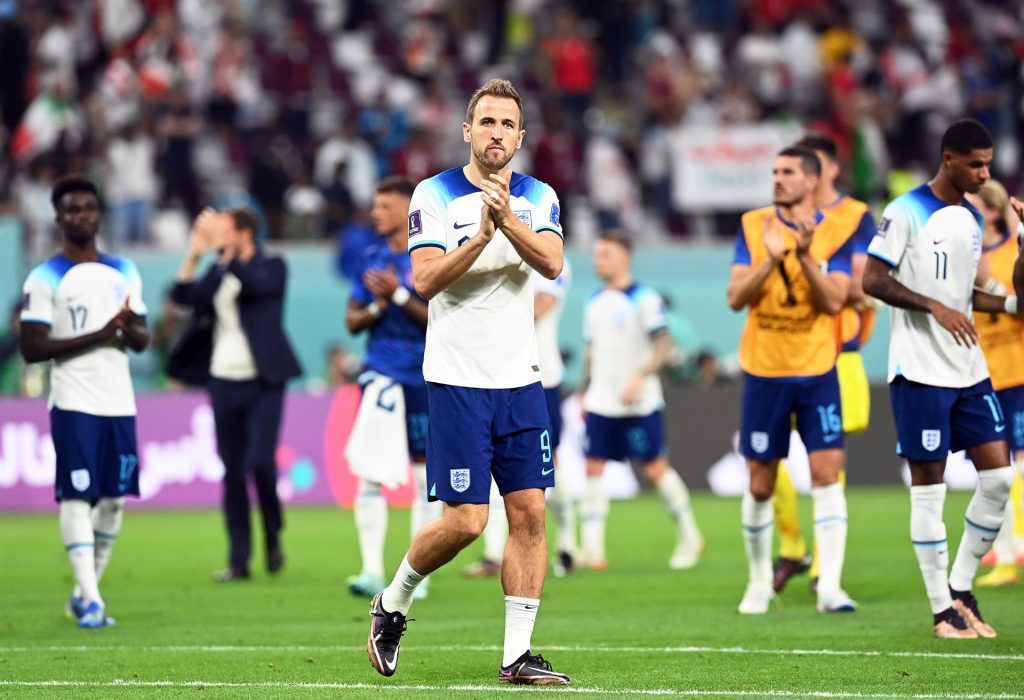 Harry Kane, Gareth Bale and Virgil van Dijk are among a host of European football stars who will no longer wear the ‘One Love’ armband in support of LGBTQ+ rights during the 2022 World Cup in Qatar – following warnings from Fifa that gesture of solidarity could result in an instant yellow card.

The football associations of Belgium, Denmark, England, Germany, the Netherlands, Switzerland and Wales – whose captains had been due to sport the rainbow-coloured armband in Qatar, a deeply conservative Muslim nation – announced the last-minute U-turn in a joint statement issued yesterday.

“FIFA has been very clear that it will impose sporting sanctions if our captains wear the armbands on the field of play,” the statement said.

“As national federations, we can’t put our players in a position where they could face sporting sanctions including bookings, so we have asked the captains not to attempt to wear the armbands in FIFA World Cup games.”

The seven federations said they were prepared to pay the fines applicable to breaches of kit regulations and were strongly committed to wearing the armband.

“However, we cannot put our players in the situation where they might be booked or even forced to leave the field of play.

“We are very frustrated by the FIFA decision which we believe is unprecedented — we wrote to FIFA in September informing them of our wish to wear the ‘One Love’ armband to actively support inclusion in football, and had no response.”

England’s World Cup campaign kicked off yesterday afternoon with a Group B tie against Iran.

The inaugural match had off-the-pitch meaning for Iran, too, whose players refused to sing the national anthem – in solidarity with the protests that for months have gripped the nation on the other side of the Persian Gulf from Qatar.

Iran’s World Cup campaign got off to a rocky start when a clash of heads in the box forced the early substitution of their first-pick goalkeeper Alireza Beiranvand.

On the pitch, English youngsters Jude Bellingham and Buyako Saka set the pace in England’s 6-2 demolition of Iran.

The Three Lions’ first goal in Qatar was also Bellingham’s first in an England shirt when, in the 35th minute, the 19-year-old sent Luke Shaw’s cross into the top right corner with a glancing header. The Borussia Dortmund talent became the second-youngest player to score for England in a World Cup, after Michael Owen.

Raheem Sterling and substitutes Marcus Rashford and Jack Grealish also got on the scoreboard to cap off an injury-time heavy game in which the Three Lions were dominant from start to finish with Harry Kane playing the role of assist-provider.

Iran clawed a goal back soon after Medhi Taremi found space in England’s box to fire a clever through ball beyond Jordan Pickford.

Iran managed to bag another in the dying minutes of a lengthy 10 minutes injury time after a VAR check awarded them a penalty for shirt tug by John Stones. Taremi stepped up for his second of the game, sending Pickford the wrong way.

Fellow Group B competitors Wales and the USA went head to head next. Gareth Bale converted a crucial penalty attempt in his World Cup debut as Wales overcame an early deficit to draw 1-1.

The first and second halves of that contest at Ahmad bin Ali Stadium in Al Rayyan, a suburb of Doha, were polar opposites – with the Americans dominating possession over the first 45 minutes but then finding themselves on their heels after the intermission.

Wales’ inauspicious start in their first World Cup match since 1958 nearly led to an own goal in the ninth minute. Fortune then smiled on the British side moments later when American forward Josh Sargent almost scored on a header that went just wide of the post.

But the US’s dominance finally paid off when Chelsea midfielder Christian Pulisic played an expert through ball to Tim Weah, who poked a shot past keeper Wayne Hennessey to give the Americans the lead in the 36th minute.

Wales, however, overcame their early jitters after the break. The equaliser came in the 82nd minute after American defender Walker Zimmerman carelessly brought down Bale inside the box.

The 33-year-old Welsh captain and former Real Madrid star made no mistake on the penalty try, powering a left-footed blast that travelled just inside the right post and well out of Turner’s reach

The American net minder, however, staved off disaster for his side when he saved a shot by Brennan Johnson from a tight angle in the 89th minute.

Meanwhile, the Netherlands edged a close Group A match against Senegal – thanks to two late goals from Cody Gakpo and Davy Klaassen.

Gakpo darted into the box to beat Senegal goalkeeper Edouard Mendy to the ball and head Frenkie de Jong’s cross into the net to break the deadlock in the 84th minute when the game looked likely to end goalless.

It was a close affair between two evenly matched teams, with the Netherlands’ star defender Virgil Van Dijk rarely troubled.

The win leaves the Netherlands level on points with Ecuador, who they face next on Friday. The winner of that match will seal a place in the Round of 16.