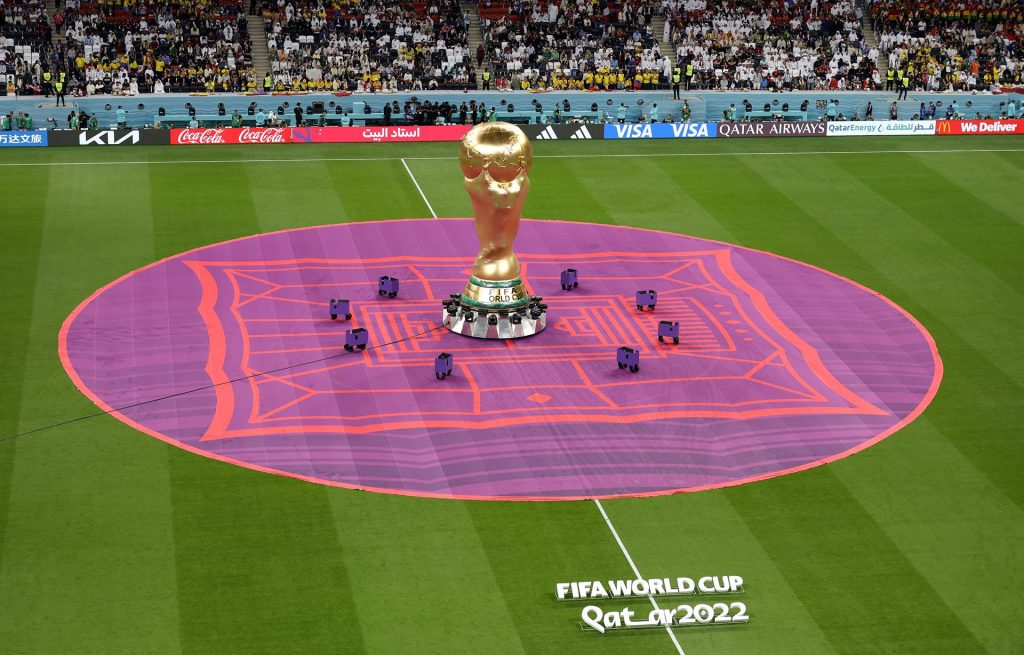 Ecuador took the pitch against host team Qatar in the opening match of the 2022 World Cup yesterday with the clear intention of making history. And they didn’t squander their opportunity.

In fact, the team will go down in the sports annals as the first to win an opening World Cup match against the host country.

No local team has ever lost its debut match at a World Cup it hosted, although host South Africa battled to a 1-1 tie against Mexico in 2010.

The South American country’s top player and team captain Enner Valencia was the star of the match. In La Tri’s most recent World Cup outing in Brazil in 2014, he had scored all of the team’s three goals and he notched both tallies yesterday for Gustavo Alfaro’s squad in their 2-0 drubbing of the locals.

Both goals came in the first half. In minute 3, Valencia had first found the twine – only to have the goal ruled out after VAR. But that did nothing to quash his spirits or those of the squad as they maintained their intensity against a Qatari team which just couldn’t seem to get its motor running.

Valencia is not only Ecuador’s top goal scorer in history, he is also now its top World Cup competition scorer – having surpassed Agustin Delgado, with whom he had been tied at three apiece up to now.

Ecuador simply outmatched the Qatari squad, with the Fenerbahce striker first hitting pay dirt in the 16th minute on a penalty kick and then knocking in a fabulous header in minute 31 for the 2-0 even though he hadn’t been able to tee himself up properly.

Meanwhile, Felix Sanchez, the Qataris’ coach, was quite clearly frustrated by his team’s poor showing. They were plagued with poor passing throughout the contest and never threatened the Ecuadorian net.

Given the lack of performance, it would seem to be a difficult proposition for the host team to make it through the Group A matches and into the Round of 16.

Although the scoring action all came in the first half, after the break Valencia continued to press until he simply sat on the grass and said he couldn’t go on any longer – whereupon he was substituted and left the pitch to the cheers from the several thousand Ecuadorian fans in the stands, and no doubt from his countrymen back home.

The fans, who before the inaugural ceremony of the tourney had chanted “Yes, we can!” changed that after the win to “Yes, we did!” as they celebrated in the stands of Al Bayt Stadium.

Qatari tradition and modernity mixed at the 2022 FIFA World Cup opening ceremony in this stadium, one of the architectural jewels built at a cost of US$850 million to host soccer’s biggest international event.

The scene could not have been more appropriate. The stadium takes its name from the “bayt al sha’ar,” or traditional tents used by the nomads of Qatar and the Persian Gulf region, and the structure of the stadium – with its retractable roof – clearly resembles those tents.

Amid the presidency of Sheikh Tamim bin Hamad Al Thani, who is popular among the Qatari people, the first World Cup to be staged in the Middle East kicked off with a relatively short ceremony – just half an hour, during which the hosts put the roots of their country and its links with the desert on display while touting its unity and modernity.

“I say to the whole world: Welcome to Doha. We have worked hard with many people so that this competition may be a success. We have invested to work for the good of humanity. The peoples are joining together, regardless of their ethnicity, their religion, their orientation and their nationality, here in Qatar and through the (television) screens of all the continents of the world,” the emir said in his brief opening speech.

US actor Morgan Freeman, who had an important role at the ceremony, said soccer is loved around the world and what unites nations also unites communities.

Jung Kook, a member of the South Korean pop group BTS, performed Dreamers – a song included in the official soundtrack of this year’s World Cup, along with Qatari singer Fahad Al Kubaisi, whose performance, organisers said, issued a call to “all humanity” to overcome differences via humanism, respect and inclusion.

Brief tributes were paid at the ceremony to the 32 national teams competing in this year’s event with short portions of songs typical of each nation and the appearance of mascots, including Gauchito and Naranjito, as well as the key songs of previous World Cups, including Shakira’s Waka Waka.