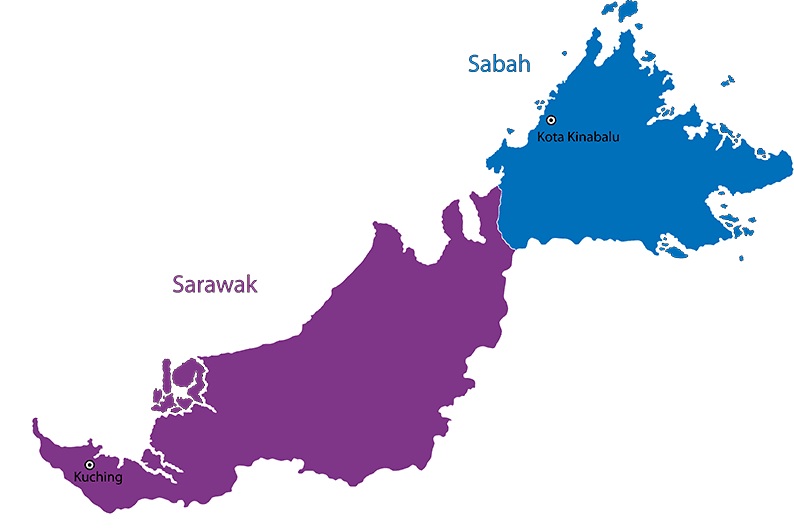 He said from 2020, the federal government intends to increase the Special Grant to Sabah and Sarawak under Section 112D of the Federal Constitution.

He said the rate set by the previous government was RM26.7 million for Sabah and RM16 million for Sarawak per annum and had not been reviewed and remained unchanged since 1969.

“For the first time, the Pakatan Harapan government proposes to increase the rate, doubling it for 2020 to RM53.4 million for Sabah and RM32 million for Sarawak,” he said when tabling the 2020 Budget in Dewan Rakyat yesterday.

Lim said to reflect its care and concern for the people of Sabah and Sarawak, the government plans to double the rate again to RM106.8 million to Sabah and RM64 million for Sarawak within five years.

He said approximately RM587 million will be allocated for rural water projects, out of which RM470 million for Sabah and Sarawak to meet the nation’s target of 99% access to clean water.

Besides this, the government will also spend RM500 million on rural electrification benefiting more than 30,000 rural households, with a majority of the beneficiaries living in both states.

“To ensure that rural communities, especially in Sabah and Sarawak are able to obtain necessities including LPG and petrol at reasonable prices, the Government is allocating RM170 million towards subsidising the cost of transportation and distribution for basic goods to rural areas.”

Lim also said the government remains committed to completing the PanBorneo Highway project, an important catalyst to economic growth in Sabah and Sarawak, adding that the savings from the on-going cost rationalisation to date is RM1.2 billion, reducing the project cost to RM29 billion.

Sabah and Sarawak state leaders are pleased with the various allocations proposed in the Budget 2020, specifically for the two states.

Sabah Chief Minister Datuk Seri Mohd Shafie Apdal said the state government was satisfied with the increase to M53.4 million in Special Provision to the state, regarding the provision as reasonable given the country’s high debt and economic challenges.

“The economy is not healthy, we have a lot of debts. The increase from RM26 million to over RM53 million can at least help us although it is not big enough to meet our needs at the state level,” he said, adding that given the current scenario, Sabah accepted the allocation.

Sarawak Parti Keadilan Rakyat (PKR) chairman, Baru Bian said Sarawak people’s ‘voice’ had been heard by the government, especially in the aspect of development which the ‘Land of the Hornbills’ lagged behind.

He said the allocation of RM4.4 billion in Development Expenditure for Sarawak was proof of the PH government’s concern to develop the state.

“We (Sarawak) are left behind in terms of development. PH is aware of this and trying to compensate this, but they can’t do it immediately. Still, this budget is proof that PH is also focusing on us,” said the Works Minister.

The budget provision of RM5.2 billion to Sabah for 2020, proves the federal government works hard to realise fair distribution to the state in stages, said State Youth and Sports Minister, Phoong Jin Zhe.

He said the budget for Sabah including allocations for youth and sports proved the requests of leaders for the people in the state were heard.

“I am thankful to the efficiency of YB (Guan Eng) for not only allocating RM5 million to repair Kota Kinabalu Stadium this year but also increased funds under Budget 2020 to upgrade sports complexes throughout Sabah in stages,” he said in a statement.

Phoong noted it is the duty of the minister to ensure sports facilities in Sabah are improved in stages towards world standard sports infrastructure.

In this regard, he was also happy with the increase in allocation to RM20 million to develop e-sports next year.

“It (allocation) doubled compared to last year, and this will drive more related industries such as electronic technology industries and electronic product retailing.”

Apart from that, he said his ministry would also conduct strategic studies to attract more large scale e-sports events to Sabah to develop e-sports tourism.