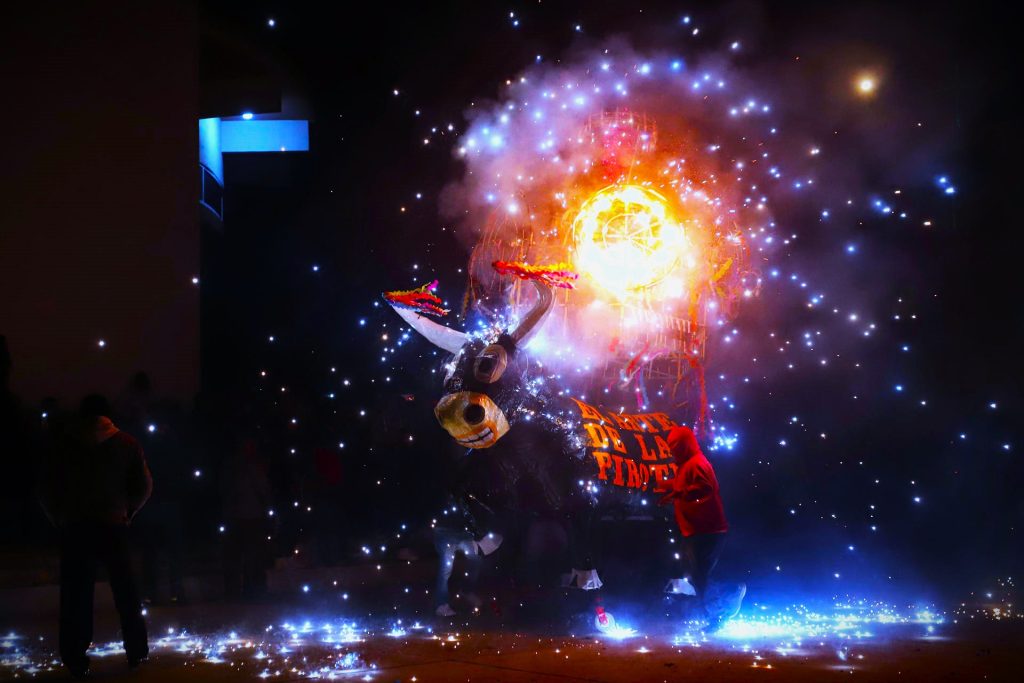 Fireworks makers once again put on a colourful, animal-themed display in central Mexico to celebrate their annual day and showcase their livelihood as a veritable art form.

The display was held in San Cristobal Tepontla, a community in the municipality of San Pedro Cholula, Puebla state, manufacturers of these low-explosive pyrotechnic devices, popularly known in Mexico as “cohetes” (rockets) or “cuetes”.

The annual “Dia del Cohetero” is marked by setting off “toritos” – brightly-coloured fireworks frames made of wood, reed, wire and hard paper-mache that are in the shape of bulls or other animals and stand up to 4m (13 feet) tall.

The celebration is held each year on the night of Jan 17 to coincide with the feast day of their patron saint – Saint Anthony the Great.

Fireworks manufacturing is an activity with a long tradition dating back several generations in San Cristobal Tepontla, which is home to 19 officially registered fireworks workshops.

Each year, those establishments contribute their own “torito” to be exploded as part of the fireworks display.

On this latest occasion, local pyrotechnic artisans spent two weeks preparing “toritos” in the shape of bulls, rhinoceroses and goats, one of which was a representation of the Marvel character Iron Man and another had the form of Ferdinand, the bull from the 2017 like-named computer-animated comedy film.

Jose Martinez, a fireworks manufacturer who has been making these figures for 45 years, said his latest “torito” took him a week and a half to create.

He said on this occasion the paper used to provide the shape of the animal was painted first, followed by the mounting of the wire structure loaded up with different fireworks that would later explode in multiple colours for maximum impact.

At 8pm Tuesday night, the fireworks makers gathered at the local church where Saint Anthony the Great is venerated and prayed for their own protection and for the wisdom to properly handle the explosive and potentially dangerous tools of their trade.

After the religious ceremony, a band began to play and the first “torito” was pushed by several men and fuses were lit to send a spark to pyrotechnic fireworks positioned in the upper section of its structure.

A parade of other “toritos” followed, passing amid a crowd of revelers who took in this traditional spectacle while dancing to the music in the adrenaline-charged atmosphere.