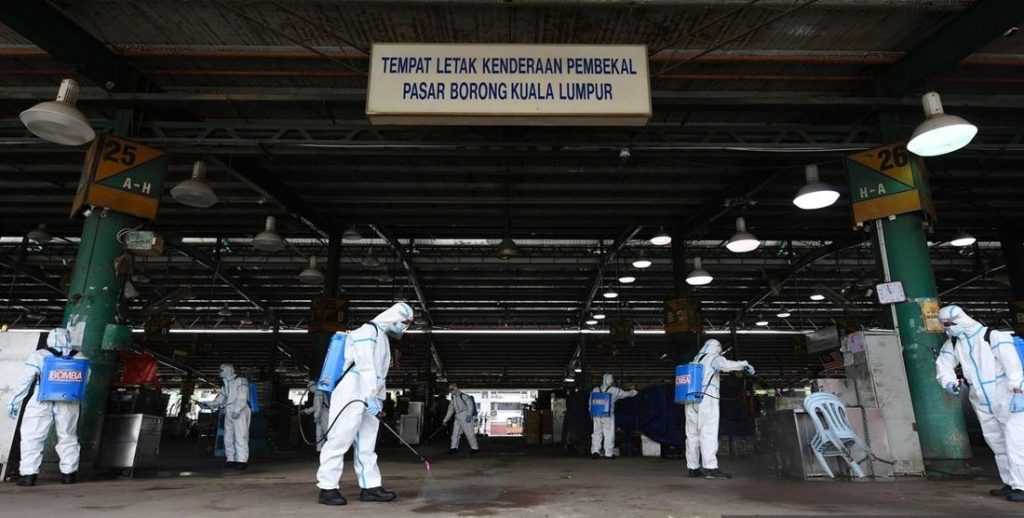 He said the exercise is to ensure traders, wholesalers, and customers are not infected with the Covid-19 virus while in the area.

“The closure is not 14 days as those under the Enhanced Movement Control Order (EMCO) areas, but only for four days so that we can carry out disinfection operation,” he told a news conference after attending the National Security Council (MKN) meeting, chaired by Prime Minister Tan Sri Muhyiddin Yassin here today.

He also said there would not be any shortages of perishable goods following the closure of the market as members of the public can still get their supply at nearby wet markets.

Meanwhile, Ismail Sabri reminded members of the media to always adhere to recommendations and advice from the Ministry of Health (MoH) when carrying out their duties in the areas under the EMCO.

“If MoH said (you) need to be at a distance of 300m, then you must be at 300m away. We want to ensure your health. We all love media practitioners.”

Ismail Sabri was responding to unhappiness expressed by some members of the media after they were ordered to remain 200-300m away from the area while covering news events.

To another question on allegations that workers were forced by their employers to take six-month unpaid leave, Ismail Sabri said he would raise the issue with the Ministry of Human Resources and to look at relevant laws.

Meanwhile, he called on Ramadan bazaar organisers to refund the deposit to traders as no Ramadan bazaars are allowed to operate this year.

Also, security personnel have foiled an attempt by a man, believed to be a foreigner, to escape from the residential area surrounding the Selayang Wholesale Market, here, which is under the EMCO.

In the 11.30am incident today, the man in his 40s, was believed to have climbed a barbed wire fence installed and dropped over the other side to the main road.

A reporter who happened to be at the scene saw the suspect crossing the road and the latter was nearly hit by a vehicle in the process before being apprehended by police and military personnel.