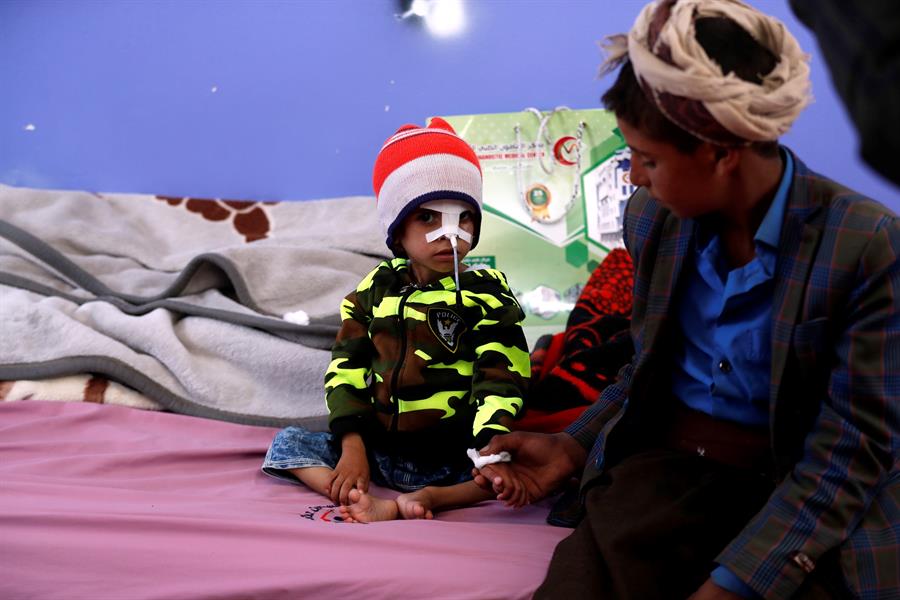 Yemen is in “imminent danger” of falling into “the worst famine the world has seen in decades,” UN secretary general António Guterres warned yesterday as he called for immediate action to save millions of lives.

The crisis, according to the UN, is the result of:

In a statement, Guterres called for urgent action to prevent a “catastrophe” and urged all parties to “avoid taking any action that could make the already dire situation even worse”.

“In the absence of immediate action, millions of lives may be lost,” the Portuguese diplomat said.

This month, UN emergency services had already warned of the danger of an imminent major famine in Yemen – where people are suffering from unprecedented levels of malnutrition, with one in four children suffering from a lack of food.

As World Food Programme executive director David Beasley recently told the UN Security Council, a “toxic combination of conflict, climate change and Covid-19” is threatening to push Yemenis “to the brink of starvation”.

“The alarm bells in Yemen are ringing loud and clear, and the world needs to open its eyes to the Yemeni people’s desperate plight before famine takes hold. And that famine is knocking on the door right before our eyes,” Beasley warned in September.

The country has for years been the scene of the world’s worst humanitarian crisis, which is largely the result of the armed conflict that began in 2014, when Hutu rebels took up arms against the government of president Abdo Rabu Mansur Hadi and took the capital, Sana’a.

In March 2015, a Saudi-led coalition began its military intervention in support of Hadi – causing the violence to escalate and the war to take on a regional dimension.