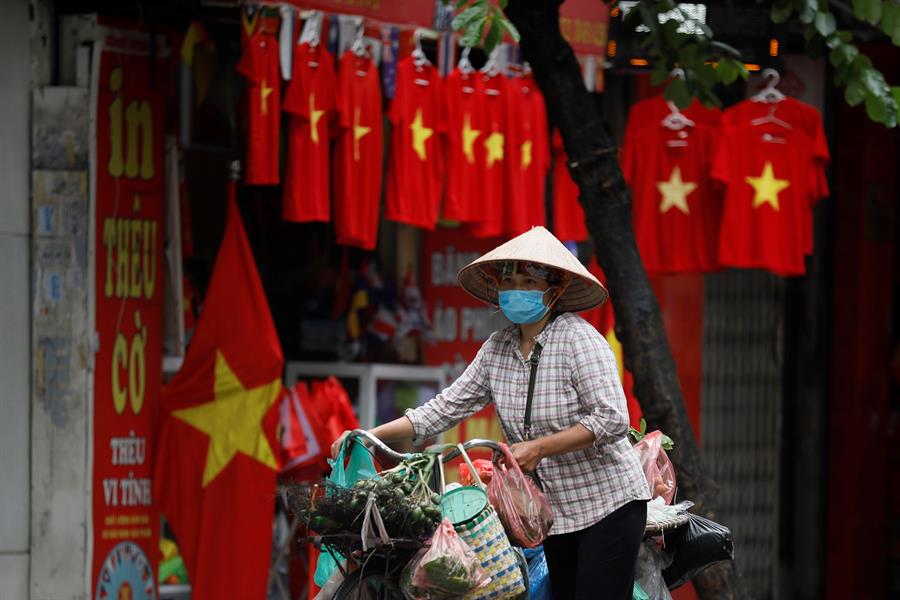 Vietnam, which is currently witnessing its worst Covid-19 outbreak since the beginning of the pandemic, is raising donation for a public fund to overcome delays in its vaccination drive – with people and companies donating over US$180 million in the first two weeks of the initiative.

In a text message sent to Vietnamese citizens over the last few days, the ministry of information and communications urged people to contribute to the Covid-19 vaccines fund for “purchase, import, research and production of vaccines,” while providing an account number.

“I donated 200,000 dong (US$8.70) hoping to help the government keep their promise to give vaccine for free to all Vietnamese people. My parents organised their own group to collect money,” said 36-year-old Ngoc, a resident of Ho Chi Minh City.

However, her husband refrained from donating as he does not trust how the government will spend the money.

Chau, a Spanish interpreter who donated 2 million dong to the fund, compared it to handing out money to someone who needs help. “If they use it for something else, we cannot do anything. What’s important is that we tried to help.”

Along with small sums from individuals, the fund has received large donations from some major companies and so far raised US$181 million from 231,000 people and organisations, although it is still well short of its target of collecting US$1.1 billion for 150 million vaccine doses.

This number will allow authorities to vaccinate 70% of the country’s 96 million people, as the budget allocation for obtaining vaccines is a meagre US$630 million even as Vietnam faces an emergency due to the Covid surge and economic problems.

Last week, the finance ministry’s budget department head Vo Thanh Hung said it is necessary to raise more funds from domestic and foreign organisations and individuals, apart from the budget.

Voluntary donations during emergencies – such as natural disasters – are common in Vietnam, but generally go to organs of the Communist Party rather than directly to the government.

During the current fundraising drive, apart from text messages authorities have also tried to mobilise support through appeals by officials, encouragement from community leaders or heads of government offices.

A list of donors who have donated at last 5 million dong, published by the finance ministry, includes major Vietnamese companies such as Vingroup as well as foreign giants operating in the country, such as South Korea’s Samsung and Japan’s Toyota.

Some of the largest contributions have grabbed headlines, such as the 20 billion dong donated by the Vietnam International Bank.

Although during the first year after the pandemic Vietnam managed to successfully contain the virus, its vaccination drive has lagged behind, with just over 1% of the population inoculated so far.

After a fourth wave of infections appeared on April 27, the southeast Asian nation has registered 6,045 community infections, out of a total of 9,222 cases overall, while 55 people have died of the disease.

So far the country has received 2.9 million doses of the AstraZeneca vaccine and administered over one million of them.

The government has announced it will ensure the supply of 120 million vaccine doses.

Authorities have also signed agreements to procure 30 million AstraZeneca vaccines and 20 million doses of Russia’s Sputnik V, apart from expecting to receive 38.9 million antidotes from the CoVax programme for supplying vaccines to developing countries. Negotiations are still underway with Moderna and Pfizer.

Vietnam is also depending on its indigenous vaccine, produced by local firm Nanogen, which has entered third phase of trials and is expected to be mass-produced from September.