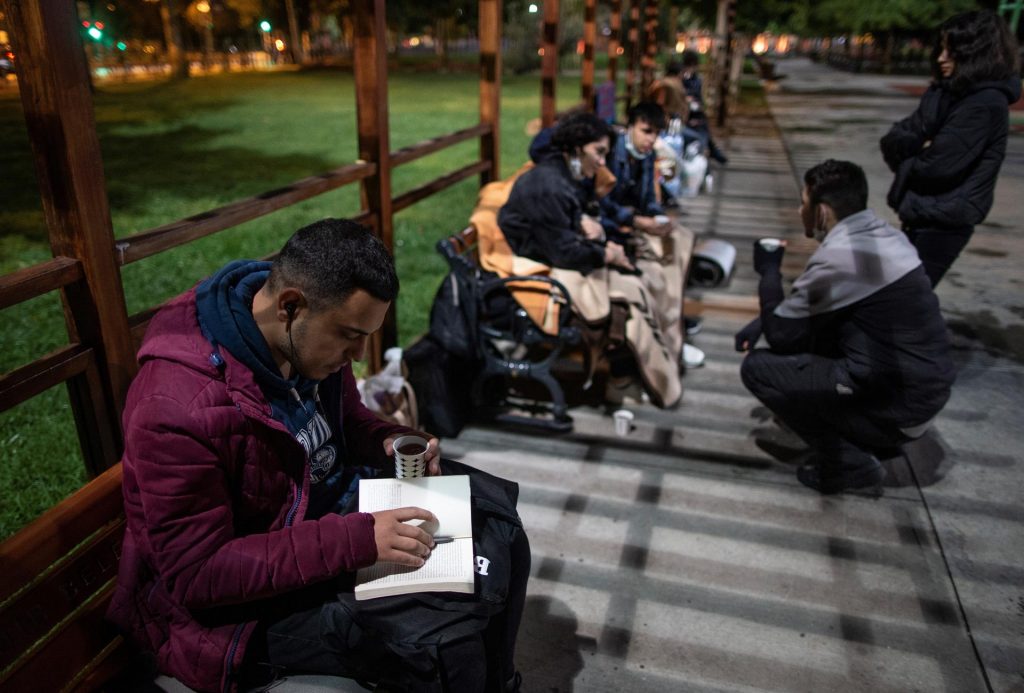 As students get ready to return to university in Istanbul, a housing crisis has emerged with young people struggling to find rooms for rent in the bustling city.

“I’ve been looking for a flat for a month, it’s a full-time job: looking at advertisements on the web every day, calling hundreds of estate agents,” said anthropology student Cihan Cihangir.

“Almost everyone tells you they do not have apartments to rent,” the 20-year-old adds.

The issue is there are only around 700,000 rooms in halls for some 8 million students in Turkey.

To make matters worse, the pandemic has triggered galloping inflation which has soared by 20%.

Housing in downtown Istanbul has always been scarce, but this year the crisis has led to protests.

The so-called ‘Homeless’ protesters have been demonstrating by sleeping rough, in parks and on benches surrounded by their academic books.

Some students have pitched tents on university campuses and the Twitter account that organises the movement gathered over 30,000 followers in days.

Turkish president Recep Tayyip Erdogan’s first reaction to the protest was to accuse young people of “exaggerating.” He went on to say his government had built more student halls and increased monthly scholarships by US$69.

But his tone soon changed: “Those who have been lying on benches in parks and gardens have no connection to studies, even if they call themselves students,” Erdogan condemned.

The president went on to say the protest was another version of the Gezi Park incidents, a wave of demonstrations that started in 2013 and spread across the country.

But Cihangir pointed out that students outnumber available rooms in dorms in Istanbul where a shared room can cost around US$67 a month.

Most students don’t have the option of living with their parents because many live on the outskirts or lack the space.

It can take up to two or up to three hours combining a subway, tram, bus and boat to get to campus, Cihangir adds.

A three-bedroom flat is often over US$446 a month which is an extortionate sum in a country where 40% of workers earn a minimum wage of US$312 a month.

Dogan Subasi, a senior Social Democratic Party (CHP) official in the assembly, said the situation worsened when the management of student accommodation was transferred to the Youth Foundation (TÜGVA) headed by Erdogan’s son.

“The municipality did not offer housing, but this year we have opened a first public residence for 623 students and next year we will increase the offer,” Subasi says.

Cihangir was lucky in the end. After a month of intense searching, he finally found a three-bedroom flat for the affordable price of US$256 in the Okmeydani neighbourhood. It takes him 40 minutes to get to campus.

But as is common in Istanbul, the apartment is rented unfurnished and having paid a deposit and charges to connect to electricity, water and gas supplies, the flatmates plan to furnish their home very slowly.