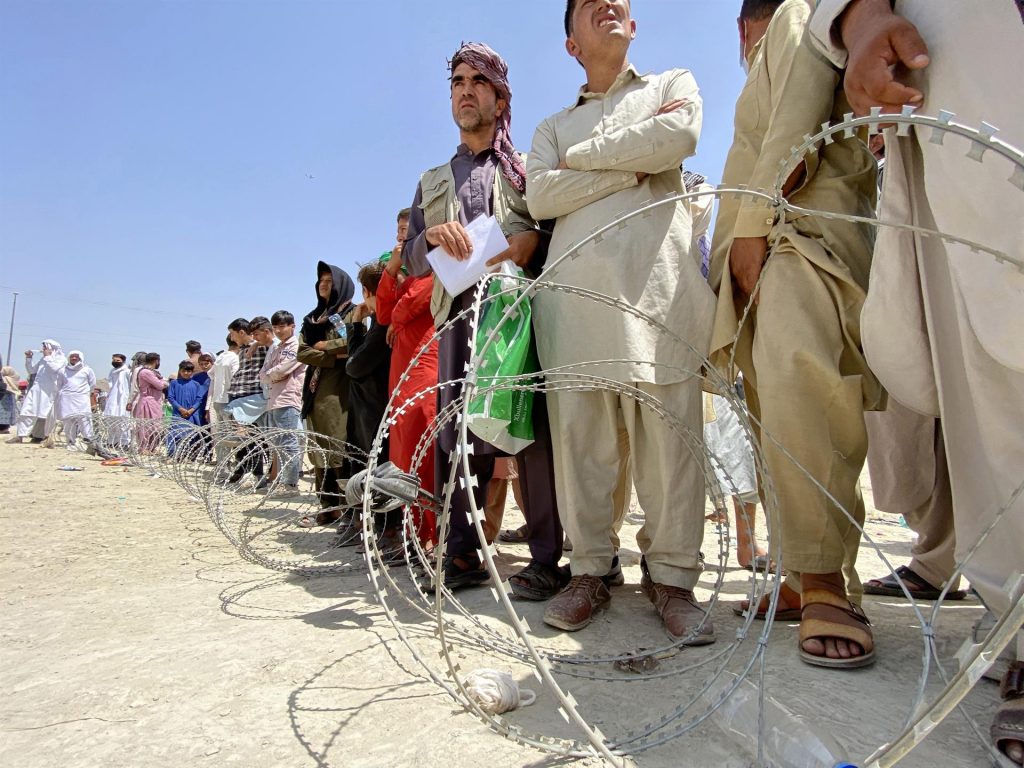 The UN World Food Program (WFP) urgently called for US$2.6 billion today to address the serious humanitarian crisis in Afghanistan, where the lives of 3.2 million children face hunger and malnutrition.

WFP head for Afghanistan, Mary-Ellen McGroarty, stressed in a statement the needs of the Afghan population were very serious – and that the humanitarian imperative needed to be separated from political discussions, regarding the status of the Taliban regime, in power since Aug 15.

WFP shared images of the desperate situation in most of the country. The arrival of the harsh Afghan winter further complicates an already dramatic reality, with a people facing the impact of the pandemic along with a prolonged drought.

The situation has forced many to sell their scarce belongings for survival, amid a drying up of humanitarian aid for the country following the Taliban takeover of the country.

In addition to the UN, agencies such as the International Federation of Red Cross and Red Crescent Societies (IFRC) are involved in the distribution of humanitarian aid.

IFRC said in a statement today they were working against the clock to bring in food and supplies to the worst affected areas during the winter season.

“This is the worst drought and hunger crisis faced by Afghans in living memory. Much faster international action is needed to avoid a humanitarian catastrophe in the coming months,” IFRC Asia Pacific director Alexander Matheou said in the statement.

According to the agency, some 22.8 million people – amounting to 55% of the Afghan population – are facing acute food shortages, after drought affected more than 80% of the country, crippling food production.

Moreover, during the last one year almost 700,000 people had to flee their homes due to the drought or armed conflict that intensified in the country until August, adding to the approximately 3.5 million internally displaced persons already in the country.

IFRC has sought some US$39 million to provide emergency humanitarian aid to some 560,000 people in the 16 provinces most affected by severe drought and displacement in Afghanistan.

Meanwhile, the Taliban today criticised a UN panel’s decision to not allow the new Afghan government into the world body for now – in a severe setback to their efforts for international recognition and access to aid funds.

The Credentials Committee of the UN General Assembly, that approves the diplomatic representation of each member state, yesterday deferred its decision on replacing the Afghan envoy with a Taliban representative on a seat at the global high table.

“This decision is not based on legal rules and justice because they have deprived the people of Afghanistan of their legitimate right,” Taliban spokesperson Suhail Shaheen tweeted. Shaheen, based in Doha, Qatar, was the Taliban choice of UN ambassador for Afghanistan.

The Islamist movement had nominated him in September to replace Ghulam Isaczai, who was appointed by the now-ousted government of Ashraf Ghani, who has so far retained his post.

“We hope this right is handed over to the representative of the government of Afghanistan in the near future so that we can be in a position to resolve issues of the people of Afghanistan effectively and efficiently and maintain positive interaction with the world,” said Shaheen.

Shaheen has been stationed as a member of the Taliban’s political office in Doha for the past decade.

The deferral means the Taliban would not be able to get the seat for the duration of the current session, that is, until September 2022.

The Taliban in its application for recognition during the annual session of the General Assembly had claimed they had the right to represent Afghanistan because they control the country and that there was a power vacuum left by the Ghani government that fled Kabul.

The UN legitimacy is one of the crucial diplomatic endeavours of the Taliban. So far, no country has recognised the Islamist movement as the legitimate Afghan government – not even Pakistan and China that have maintained contact with the regime.

The reluctance stems from the Taliban’s failure to comply with various conditions like forming an inclusive government and respect for the rights of minorities and women.

The Taliban also consider the global recognition could pave the way for the American government to unfreeze Afghanistan’s financial assets worth US$10 billion currently held by the US Federal Reserve.