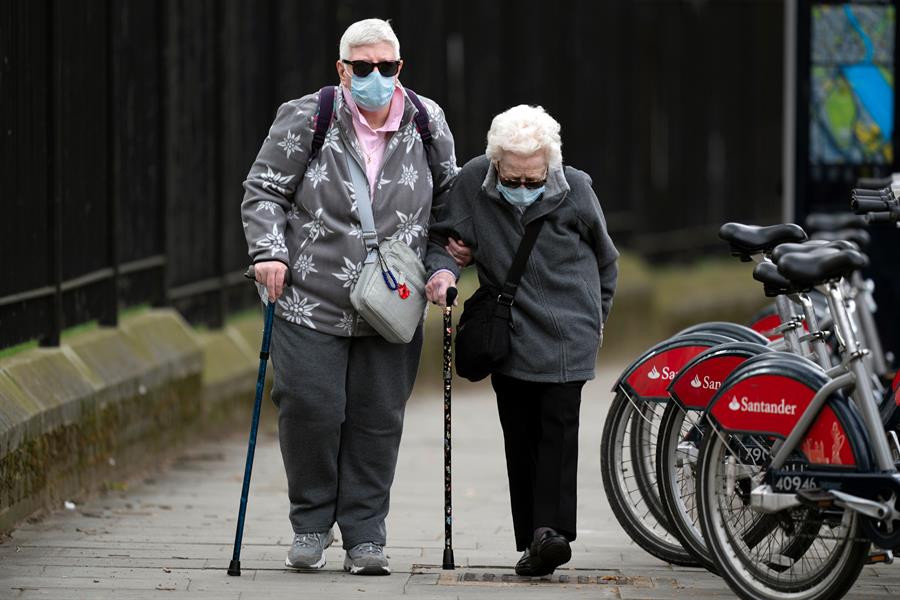 Health authorities in the UK said 563 coronavirus patients had died in the last 24 hours, a record daily death toll in the country as the government comes under increasing pressure to boost its patient testing programme.

According to the latest figures from the Department of Health and Social Care, a total of 2,352 people have died from Covid-19 since the outbreak began.

At least 4,324 new infections were detected between Tuesday and Wednesday, bringing the overall number of cases – including fatalities and those who have since recovered – to 29,474.

In the daily coronavirus press conference, business secretary Alok Sharma said the youngest victim was just 13-years-old. “This virus does not discriminate.”

The Conservative government, led by prime minister Boris Johnson, is under pressure to boost the number of tests carried out each day.

So far, the UK has carried out 152,979 tests since the crisis began and this week the government said it had reached its target of carrying out 10,000 per day this week.

Yvonne Doyle, the head of Public Health England, said there were plans to boost those figures up to 25,000 and the body is also looking to boost testing among staff in the National Health Service.

She said there was currently the capacity to do 3,000 tests on healthcare workers per day, but she expected the number to increase with the opening of a number of drive-through test centres.

An order of antibody tests that recently arrived in the UK from China, was currently undergoing testing prior to being put into use.

At least half a million National Health Service workers are on the frontline of the response to the coronavirus outbreak in the UK.

Over half of total coronavirus-related hospital admissions in the country are in London.

The government has acknowledged shortages of certain medical products such as swabs but insists it is working to secure more.

Johnson has been working remotely since Friday after testing positive for Covid-19.

The PM, who took part in a cabinet meeting yesterday via videolink, is still showing light symptoms of the disease, a spokesperson said.

Government medical advisor Jenny Harries on Monday warned the number of deaths in the UK would increase in the next one or two weeks.

Stephen Powis, the medical director of NHS England, earlier this week said some trends in the number of infections suggested social isolation measures adopted in the UK had had an effect.

Doyle however said yesterday it was too early to tell whether hospital admissions had begun to plateau.

All non-essential businesses such as pubs and restaurants have been closed while the UK deals with the outbreak, although residents are allowed to leave their house once a day in order to exercise.