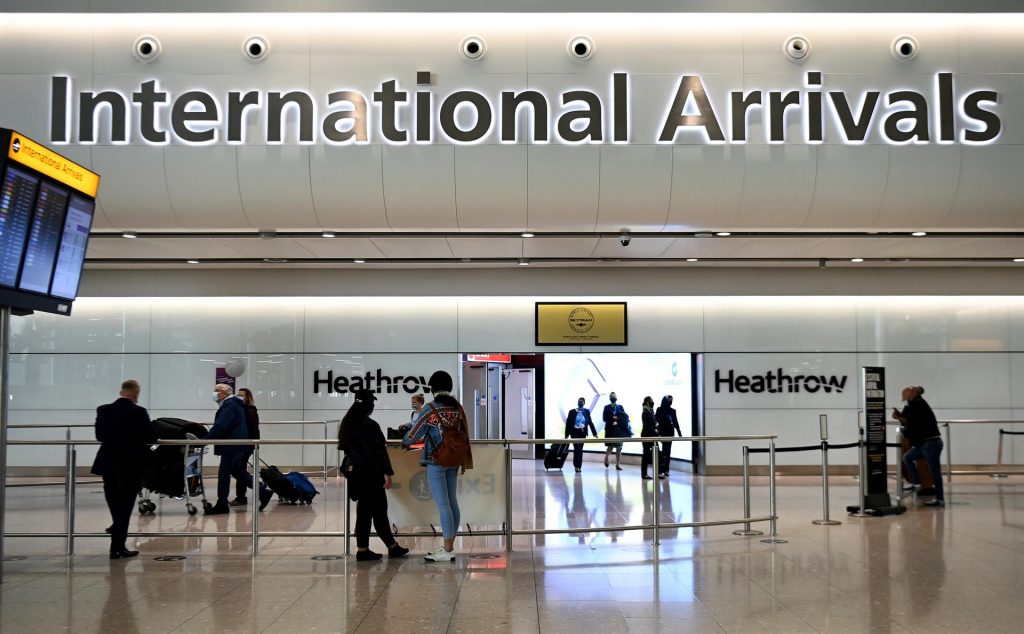 Fully vaccinated people travelling to England from the EU and US will no longer have to quarantine upon arrival next month, UK transport secretary Grant Shapps announced today.

“We’re helping reunite people living in the US and European countries with their family and friends in the UK,” the ministry posted on Twitter.

“From 2nd August at 4am people from these countries will be able to come to England from an amber country without having to quarantine if they’re fully vaxxed.”

Currently, only people who have been fully vaccinated in the UK do not have to self-isolate when returning home from countries on the amber list, except those returning from France.

But from Aug 2, all people who have received the full course of one of the Covid-19 vaccines approved by the EU or US will not have to quarantine upon entry to England.

Travellers will still be required to show a Covid-19 negative test result before departure and take a PCR test two days after their arrival in England, Shapps said.

Despite the new rule, the US border remains closed to the UK, except for US citizens.

Meanwhile, Germany will order mandatory coronavirus testing for all unvaccinated travellers entering the country, authorities said today amid warnings of a potential fourth wave of the virus.

Ulrike Demmer, the deputy government spokesperson, said there is a full agreement between all parties involved to issue that regulation although did not confirm when it could be implemented.

Bavarian state premier Markus Soder told local media the measure would enter into force as early as Sunday, Aug 1 and will be applied on all unvaccinated travellers entering Germany – regardless of the method of transport they use and where they are arriving from.

Horst Seehofer, Germany’s interior minister, said in a statement to Bild newspaper that those who have a proof of vaccination or recovery will be exempt from the mandatory test.

More than 50% of the German population have been fully vaccinated, while 61.1% have received at least the first dose, according to figures from the heath ministry.