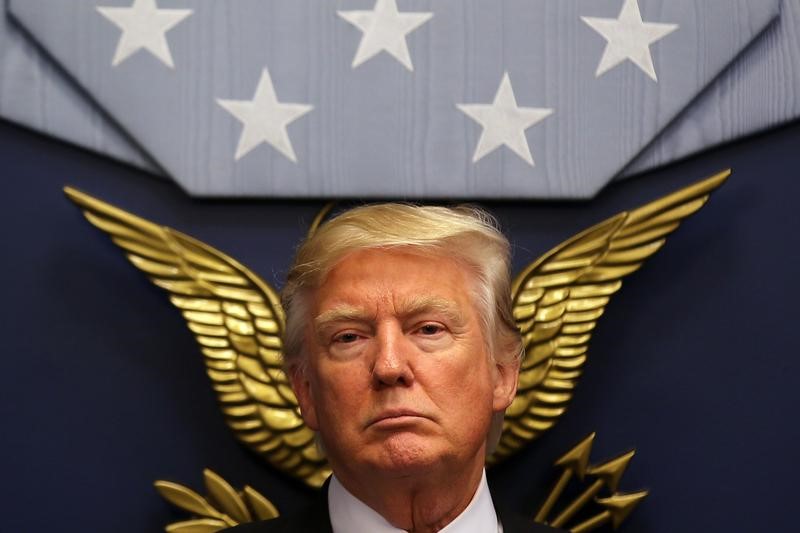 President Donald Trump yesterday said he would like to “open up” the country by April 12, apparently meaning he’d like the public to go back to work despite the ongoing coronavirus crisis.

“I would love to have the country opened up and raring to go by Easter (April 12),” said Trump in an interview with Fox News.

Trump said he believed the human cost of having people remain at home for an indefinite period would be greater than the cost in terms of risking an overburdened healthcare system and the economic downturn accompanying the stay-at-home and self-isolation measures ordered by many states and municipalities.

“This cure is worse than the problem,” Trump said, adding that “in my opinion, more people are going to die if we allow this to continue.”

“We lose thousands and thousands of people a year to the flu, we don’t turn the country off every year,” the president said, noting the current crisis has created significant destabilisation in the economy, the stock market and in people’s daily lives.

Another 18 days remain before Easter Sunday and many states have imposed lockdowns to attempt to contain the spread of the coronavirus, which causes potentially deadly Covid-19 pneumonia in about 2% of the people it infects – but Trump insisted the economy must be reactivated.

Trump claimed, without citing any evidence or studies to back up his statement, there are likely to be “thousands of suicides” among people left unemployed, financially ruined and/or stuck at home by the crisis if the country remains paralysed much longer.

The president had warned on Monday that “we can’t let the cure be worse than the problem itself” and emphasised the economy cannot be allowed to continue deteriorating, or at least stagnating.

It is well known that up to now the dynamism of the US economy, in particular the rising stock market, had been a key basis on which Trump had relied for re-election in November.

“Our country has to get back to work,” Trump said. “Otherwise it’s going to be very hard to start it up again.”

At present, Trump has said he will keep his two-week recommended curtailment of public events and economic activity – scheduled to last through March 30 – in place, but that he will reevaluate the situation at that point and decide whether to retain the ban on bar/restaurant service and gatherings of more than 10 people.

Trump’s remarks yesterday suggest that, in all likelihood, he will eliminate the ban – or recommendation – on March 30.

However, keeping the social distancing and self-isolation measures in place is something that will depend on the governments of each state – a situation that could create a chaotic situation in which some areas focus on containing the coronavirus and others decide to follow the president’s lead and allow people to travel and gather freely once again – despite the risk this might foster the continued spread of the virus.

New York governor Andrew Cuomo, the Democrat who heads the state hardest hit by the coronavirus crisis, yesterday warned on Twitter that “No one should be talking about social darwinism for the sake of the stock market.”

In his interview, Trump insisted that people can continue to practise good hygiene, social distancing and to take other protective measures like washing their hands carefully even if they are back at their jobs.

More than 44,000 people are known to have been infected by the coronavirus in the US and at least 544 have died, according to recent official figures, even as the contagion curve continues to accelerate upwards day by day, the “peak” of the infection cycle not yet having been reached in this country.

Brazil’s president yesterday likened Covid-19 to “a little cold” and criticised the measures put in place by state governors to stop the spread of the outbreak in the country.

“The virus arrived, we are confronting it, and it will pass shortly. Our lives have to continue, jobs should be maintained,” said ultra right-wing Jair Bolsonaro in a televised statement.

He again criticised the “scorched earth” measures taken by some of the country’s governors to call for mass quarantine and the closing of businesses, schools and public transport.

“What is happening in the world shows us that the risk group is people who are over 60 years old. So why close schools? The deaths of people under 40 who were healthy are few,” the president said on a day when the number of deaths in the country from the coronavirus reached 46, with 2,201 confirmed cases.

“In my particular case, with my history as an athlete, if I were infected by the virus, I wouldn’t need to worry,” Bolsonaro said. “I wouldn’t feel anything or, if very affected, it would be like a little flu or little cold.”

“90% of us will not have any symptoms if we are infected,” he said, asking Brazilians to be cautious of any symptoms so as not to transmit the virus.

The president said his government is taking all the necessary measures to protect the population, but without the “hysteria” and “panic” that, in his opinion, is being spread around the world by “some media.”

He also stressed “the world is looking for a treatment for the disease” and that in Brazil and other countries “they are looking to prove the effectiveness of chloroquine,” used to treat malaria and other illnesses and about which he said there is “positive news.”

Bolsonaro has come under fire for his blase attitude towards the pandemic, which includes shaking hands with supporters and calling the virus a “fantasy.”