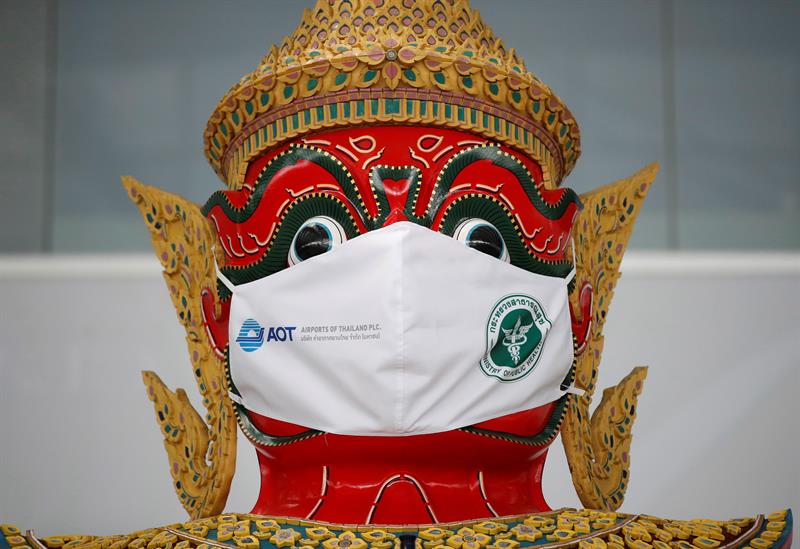 Thailand today announced the mandatory quarantine period for foreign travellers will be increased to two weeks, starting this Saturday, amid a surge in Covid-19 infections in that country.

Since the beginning of this month, Thailand had lowered the quarantine period to seven days for those who had been vaccinated and 10 days for the rest.

However, in the wake of the latest outbreak, they have decided to go back to imposing 14 days quarantine for all travellers from abroad.

The country has so far managed to avoid a large outbreak of the coronavirus through measures such as initial border closure and a subsequent mandatory quarantine.

Since the beginning of the month, there has been concerns about an outbreak linked to the so-called British strain – which, according to experts – was spread through nightlife venues in Bangkok, epicentre of the new wave.

Thailand has ordered the closure of schools, bars, cinemas and gyms, among other places, to check the rate of infections.

From Saturday, restaurants will only be permitted to deliver food in the most affected regions, including the capital.

Moreover, the use of face masks will be compulsory across the country.

However, the current outbreak so far does not appear to hinder the government’s plans to allow tourists to visit the islands of Phuket and Samui from July 1, in an attempt to revive tourism.

But this is set to happen only after immunising at least 70% of the inhabitants of these areas.

Since the start of the pandemic, the Asian country has registered a total 63,570 confirmed cases of Covid-19, including 188 deaths.

Thailand, with a population of nearly 70 million, began its vaccination drive on Feb 28.

So far, only a little more than one million people have been administered at least one dose and 284,925 people with both doses of the vaccine.