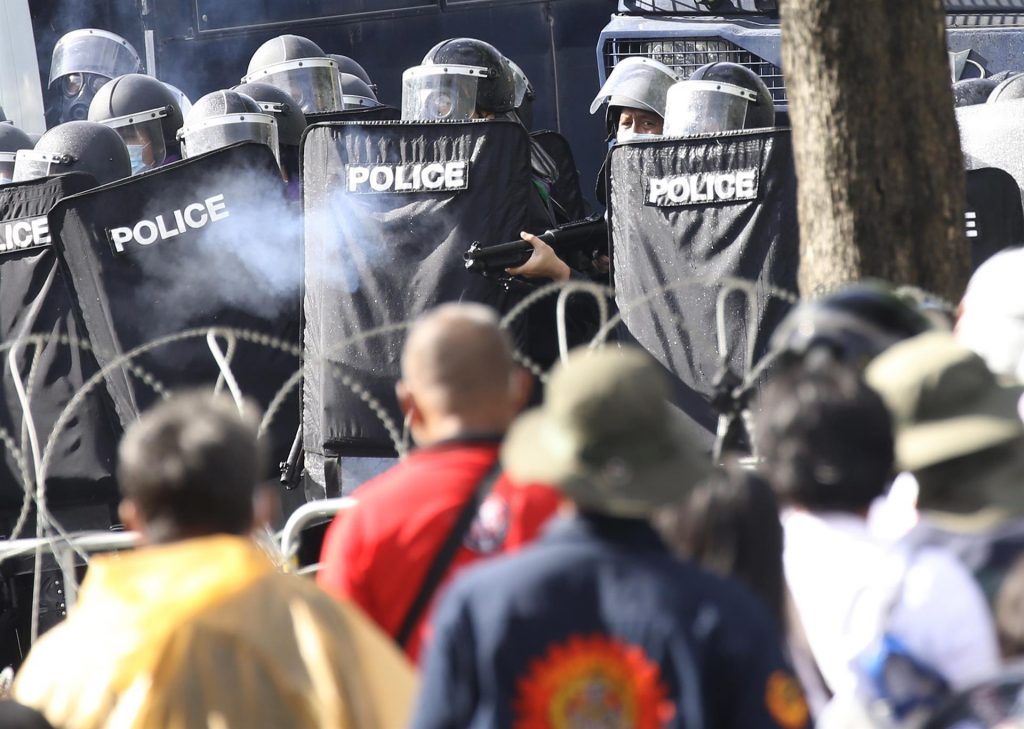 The rally was held despite a ban on public gatherings and protests imposed due to the pandemic.

The Free Youth organisation, which organised the protests, published photos on Facebook of security forces in Bangkok firing water cannons on protesters and of a demonstrator who was allegedly injured with a rubber bullet.

The protesters demanded the resignation of prime minister Prayut Chan-ocha, who they blame for the deterioration of the pandemic situation in the country – which has reported a total of 392,000 cases and 3,240 deaths, the majority since April.

Prayut’s resignation was one of the demands of massive street rallies between July and December 2020 that also called for democratic reforms.

Following a hiatus of several months, the protests resumed in June aimed at reducing the powers of the monarchy and the army, which has carried out 13 coups since the end of the absolute monarchy in 1932.

The latest coup was led by Prayut, who presided over a military junta before becoming prime minister after a controversial election victory in 2019.

The protests call for a new constitution, reform of the monarchy and the removal of article 112 of the Penal Code, which punishes criticism of the monarchy with between 3 and 15 years in prison.

Under the law, many activists and leaders of the protests have been charged with various counts of lese majesty and other crimes such as sedition.