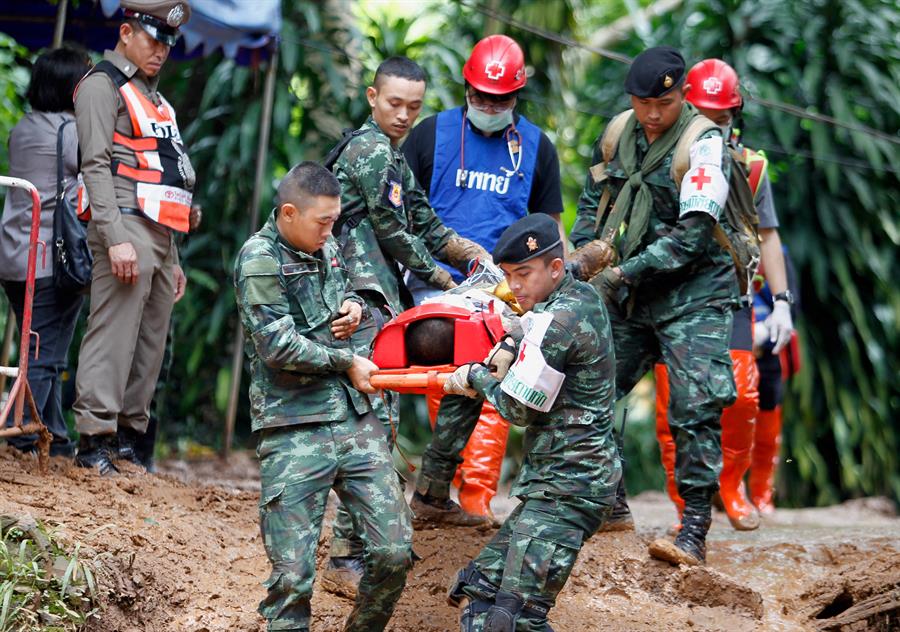 Thai soldier Beiret Bureerak, who took part in rescuing 12 children and their teacher from a flooded cave in northern Thailand last year, has died due to a blood infection he caught during the rescue operation.

Bureerak, 29, died even as he was treated in a hospital after surgery, the Thai navy said in a statement on its Facebook page yesterday.

Another Thai diver, Saman Kunan, had died in the operation by drowning inside the Tham Luang cave, situated in the northern Chiang Rai province.

On 23 June 2018, 12 kids (aged between 11 and 16) from a local soccer team known as the Wild Boars entered Tham Luang Nan Nong along with their 26-year-old assistant coach after a training session.

On July 2 last year, they were found 4km in from the cave mouth by two British divers. The boys were sitting on a ledge where they had survived by drinking water seeping down the cave walls.

A massive rescue effort that involved more than 10,000 people in total and lasted over a fortnight managed to bring them out by July 10.

The boys and the coach were sedated and brought out of the cave by specialised diving teams swimming along a dangerous 4km underwater route.

The operation was broadcast by media all around the globe, leading the Wild Boars to become national heroes.

Their ordeal deeply moved the Southeast Asian country as the boys remained trapped, solidarity poured in from all corners.

After the rescue, the cave turned into a tourist destination while the operation which was under intense media scrutiny has been the subject of various books and films.