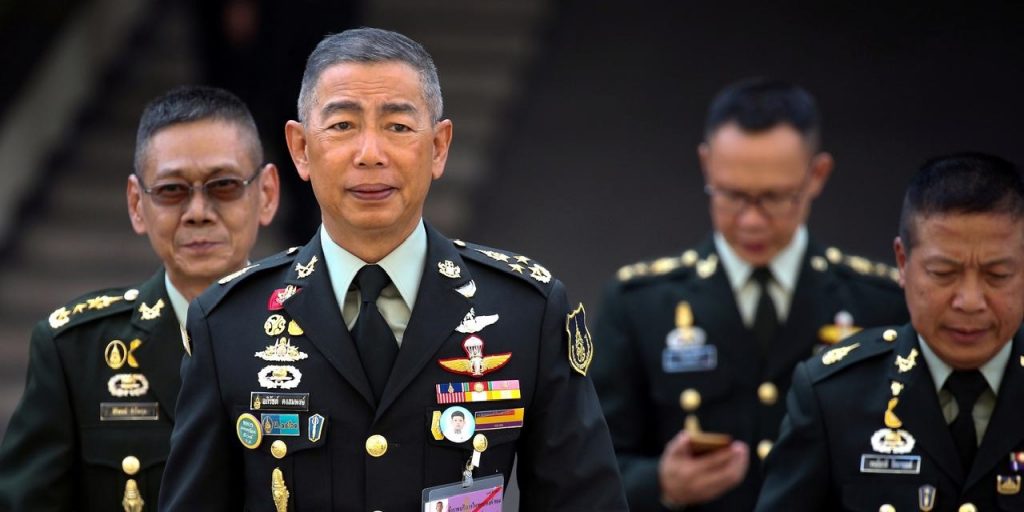 In a press conference at the Royal Thai Army headquarters in Bangkok today, Apirat was seen wiping away tears several times and urged the public not to blame the military or criticise soldiers over the shooting rampage last weekend.

“As army chief, I would like to apologise and extend my deepest condolences to the families and friends of those killed and wounded in the incident, which was caused by a member of the army.

“The moment he pulled the trigger, he was a criminal and no longer a soldier.

“Don’t blame the army or the soldiers because it will demoralise them. If you want to blame someone, you blame general Apirat (Kongsompong) because I am the army chief.”

The soldier sergeant Major Jakrapanth Thomma, 32, was shot dead by security forces on Sunday morning after a shooting rampage at four locations in the northeastern city of Nakhon Ratchasima, about 250km from Bangkok, and killed 29 people including police and army officers and wounded 58 others.

The suspect was a soldier who served with an ammunition battalion of the 2nd Army Support Command in the northeastern province.

During the press conference, Apirat also detailed the chronology of the shooting rampage over the weekend.

The suspect started the shooting spree at 3pm (local time) on Saturday by shooting his commanding officer and the commander’s mother-in-law. The suspect used his owned weapons to shoot dead the duo over a business dispute.

He drove to the Surathampithak army camp and stole weapons and ammunition and shot dead two guards before fleeing on a military jeep. He shot his way through a Buddhist temple before going to the Terminal 21 shopping mall where he holed up for more than 12 hours.

Apirat said an unfair property deal was believed to have been the motive behind the attack.

He said a new communications channel had been created for army personnel to file complaints directly to the army chief.

“This channel will be directly under me. I will keep secret your identity and information. Stern action will taken against superiors for wrongdoings,” he said, adding that it was to ensure things were fair for the army staff.

Meanwhile, Apirat said the Army Office offered opportunities to the heirs of those killed and wounded in the shooting in Nakhon Ratchasima based on their educational qualifications and without any conditions.

“The Army Office opens its arms for them to work with us.”