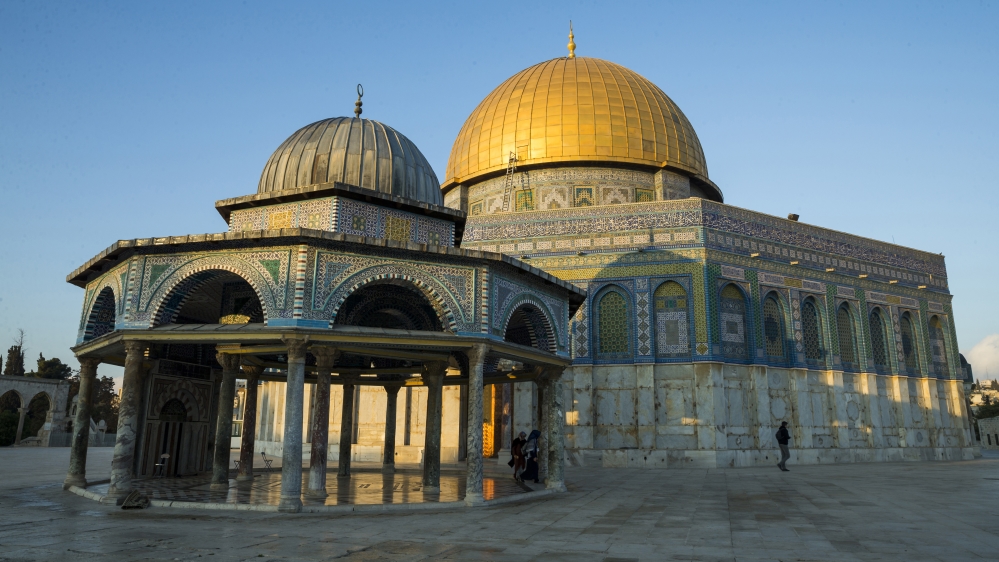 Tensions are on the rise over an increasing number of Jewish worshippers silently praying at Jerusalem’s al-Aqsa Mosque compound – which comes in violation of a long-standing understanding that is not codified in law.

The fragile “status quo” agreement also involving neighbouring Jordan, which assumes custodianship over al-Aqsa – it allows Jews to only visit the holy site, also known as the Temple Mount, but not pray there.

“Turning the political conflict into a religious one is the most dangerous,” said Omar Kiswani, director of al-Aqsa Mosque, after an Israeli judge endorsed allowing Jews to engage in quiet prayers on the Temple Mount.

The compound is venerated by the three Abrahamic religions of Judaism, Christianity and Islam.

For Jews, it has deep religious significance because it is where the First and Second Jewish Temple once stood, while Muslims, who refer to it as al-Haram al-Sharif or the Noble Sanctuary, consider it Islam’s third holiest site because of its link to Prophet Muhammad’s night journey from Mecca to Jerusalem.

The unprecedented court ruling in favour of Jewish prayer once again aggravated the religious conflict there to the point that Israeli police appealed the decision over a fear of a flare-up.

“It is the holiest place in the world and everyone should be able to pray in it,” says Yehuda Glick, an Israeli rabbi and a former lawmaker who advocates for change of al-Aqsa’s status quo. He dodged an assassination attempt in 2014.

Palestinians have been rioting at the Damascus Gate of the Old City of Jerusalem every night since the court ruling as believers stress the increase in the number of Jews praying there is growing.

“What has happened since 1967 (when Israel occupied the eastern part of the city) until now is trying to change the equation,” says al-Kiswani.

In July, Naftali Bennett, Israel’s far-right prime minister, spoke of “freedom of worship” for Jews and Muslims on the Temple Mount – a statement that raised concerns and generated controversy. A few days later, his office said the premier had “misspoken” and that the status quo still holds.

The Temple Mount, home to the golden Dome of the Rock, has a school, parks and stone benches, where Palestinians sit to have breakfast or to hang out.

Glick, who refuses to address it as a political issue, is seeking to open the discussion on the long-maintained status quo.

“I don’t think we should ask (the Palestinians),” he says referring to the possibility of changing it.

On Saturday, Jordanian journalist Daoud Kuttab pointed out in an article on the Israeli news website Ynet that changing the status quo could lead to bloodshed and “would open up Pandora’s box that could potentially lead to some kind of religious war with Jerusalemites, with the Palestinian people, as well as with the 19 billion Muslims around the world.”