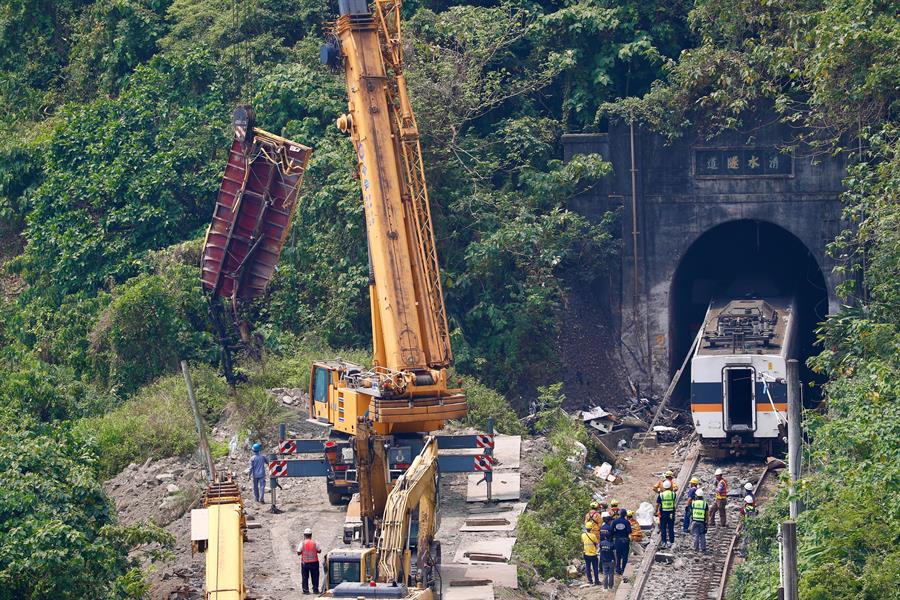 The efforts to remove the wagons from the railway tracks in eastern Taiwan, where at least 50 people were killed and 144 injured in a massive train accident yesterday, is set to continue for an additional week, authorities said Saturday.

Taiwanese railways operator said seven days would be needed to clear the accident-hit cars, repair the tracks – where the Taroko Express had derailed after hitting a badly parked maintenance vehicle – and resume services.

State-run CNA news agency reported the government had decided to fly the national flag at half-mast for three days starting today in mourning for the victims.

The agency added that out of the 144 injured, people 69 continued to receive medical treatment in six different hospitals of the country.

The deceased include the driver of the train and a French citizen.

The accident, which occurred at 9.28am yesteray, was the worst in the country in the last four decades, according to local media.

The train was entering the Daqingshui tunnel in the southward direction with nearly 500 people onboard when it derailed after colliding with a railway maintenance vehicle, which slid off the slope it was parked on and fell on the tracks due to the handbreaks not having been applied correctly.