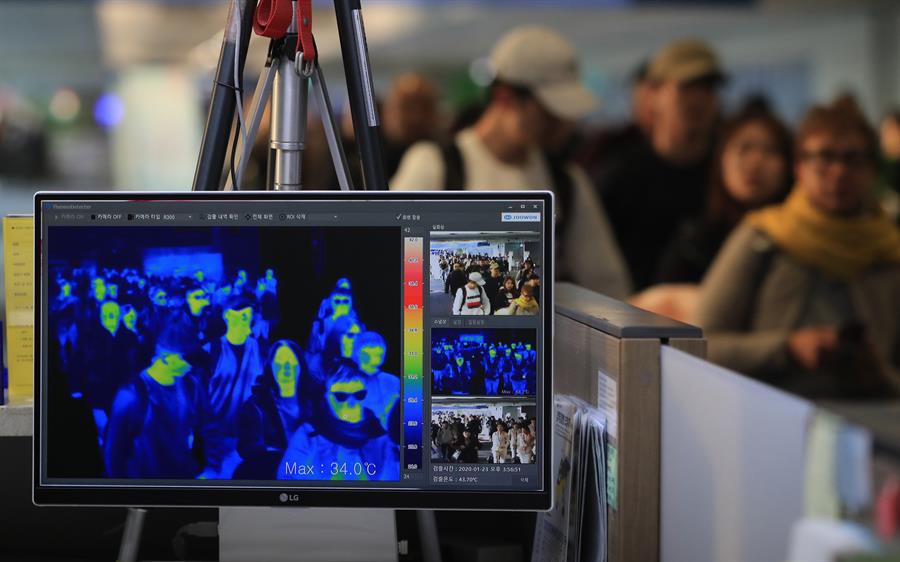 Taiwan was ahead of the game when by December 2019. the territory had already deployed preventive measures to deal with rumours of atypical pneumonia in China.

The island in East Asia has only recorded seven Covid-19 deaths and now wants to share its success story at the World Health Organisation – but political obstacles have so far prevented this from happening.

The WHO’s 73rd annual assembly this year will focus on the coronavirus pandemic and will take place in a virtual format tomorrow – Taiwan wants to take part as an observer.

Taiwan, officially the Republic of China, cannot be a member state of WHO because it was expelled from the UN in 1971. The island-state has been claiming its seat back since 1997, and managed to recoup it between 2009 and 2016.

But Taiwan’s contributions could be more valuable than ever and in recent weeks have ramped up efforts to rejoin the assembly.

“We want to share our experience of the coronavirus,” said Taiwanese diplomatic sources in Geneva.

The secret behind Taiwan’s effective management of the Covid-19 outbreak began with a fortuitous event.

Expert Luo Yi-jun, deputy director of the island’s Center for Disease Control, was plagued by insomnia on the night of Dec 31. While reading a forum online, he was drawn to a thread about a possible new disease in the Chinese city of Wuhan.

The messages, which included warnings from Chinese whistleblower doctor Li Wenliang (who later died from coronavirus after being accused by authorities of spreading false rumours), prompted Luo to alert the Taiwanese emergency prevention system – which launched an immediate response.

On the same day China alerted WHO of a new coronavirus, Taiwan started checking all passengers on flights from Wuhan, the first of a series of measures – which by Feb 7 would see air traffic with mainland China halted.

Taiwan’s quick response has meant only 440 infections have been registered to date, despite the island only being 180km from China and almost half a million Taiwanese people working in the neighbouring country.

Taiwan’s speedy and efficient response to the killer disease should be a model the WHO assembly examines next week, but it is very complicated to have representatives of the state contribute to the meeting.

For NGOs, companies or territories outside the UN to be observers at assemblies, there must be consensus among its 194 member states – something China will likely block.

Between 2009 and 2016, when Taiwan was in the assembly, relations between Beijing and Taipei had improved thanks to the island’s then-communist president Ma Ying-jeou, of the Kuomintang Party which has links to China.

But with the arrival of pro-independence leader Tsai Ing-wen, Democratic Progressive Party (DPP), the relationship with China broke down and Beijing’s strategy has since focused on isolating Taiwan.

Taiwanese diplomats say if they were better integrated within WHO, the country’s actions and knowledge would have been shared with member states and helped curb the spread of the virus.

“Our relationship is bilateral, only with WHO and not with its member countries, which slows down our information. What we sent about our measures was not published on the organisation’s platform, other countries were not aware of what we did, and had they known we could now be in different situation,” sources said.

To further sour relations between Taiwan and WHO, the organisation’s chief Tedros Adhanom Ghebreyesus accused the nation’s leaders of subjecting him to racist comments and death threats.

President Tsai denied the accusations – saying the nation opposed any form of discrimination and invited the WHO secretary-general to the island.

According to Taiwan authorities, the island alerted WHO on Dec 31 of “atypical pneumonia” in China. The email was later used by US president Donald Trump to accuse the international organisation of mismanagement of the pandemic and to suspend WHO funding.

The US has been pushing for Taiwan’s participation in the conference escalating a tug with China over the leadership of the institution.

Meanwhile, Brazilian authorities detected 14,919 new cases of Covid-19 in the last 24 hours to bring the total number of infections to 233,142 – more than all but three other countries, the health ministry said yesterday.

Given the rate of contagion, Brazil is expected to surpass Russia and the UK within days.