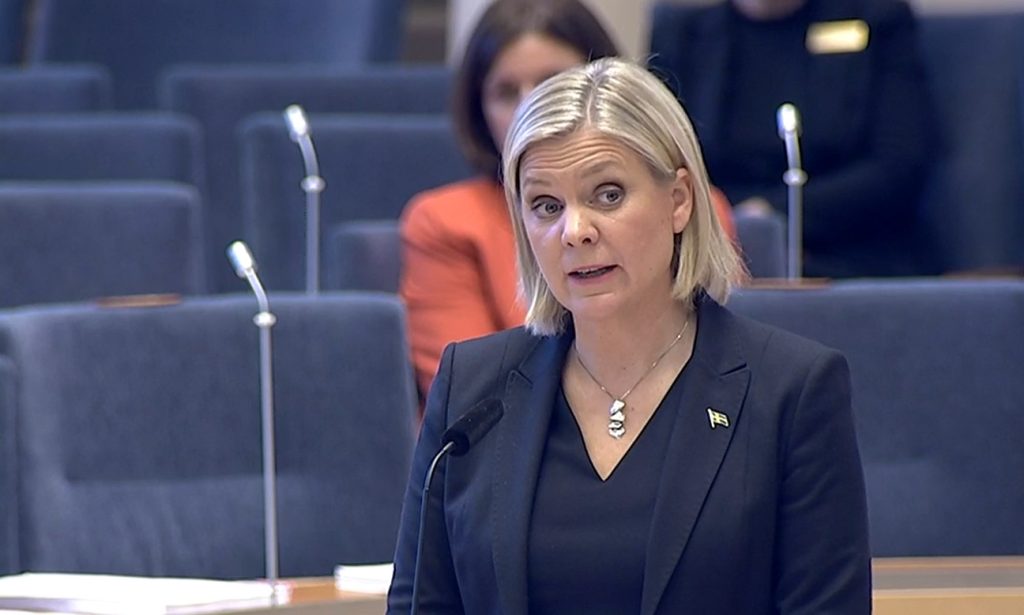 Sweden’s first ever female prime minister resigned after her coalition partner, the Greens, left the government – because the government’s proposed budget failed to get parliamentary approval.

“A coalition government must resign when one party leaves. I do not want to lead a government whose legitimacy is questioned. That is why I have submitted my resignation,” Andersson said at a press conference, adding that she would still try to form a single-party minority government.

In June, her predecessor Stefan Löfven became the first incumbent Swedish head of government to lose a no-confidence motion that was tabled by the Socialists in protest – at a centrist-driven rent reform that was later withdrawn and allowed him to be re-elected a couple of weeks later.

Löfven made a surprise announcement in August that he would be stepping down from his posts to pave the way for his successor.