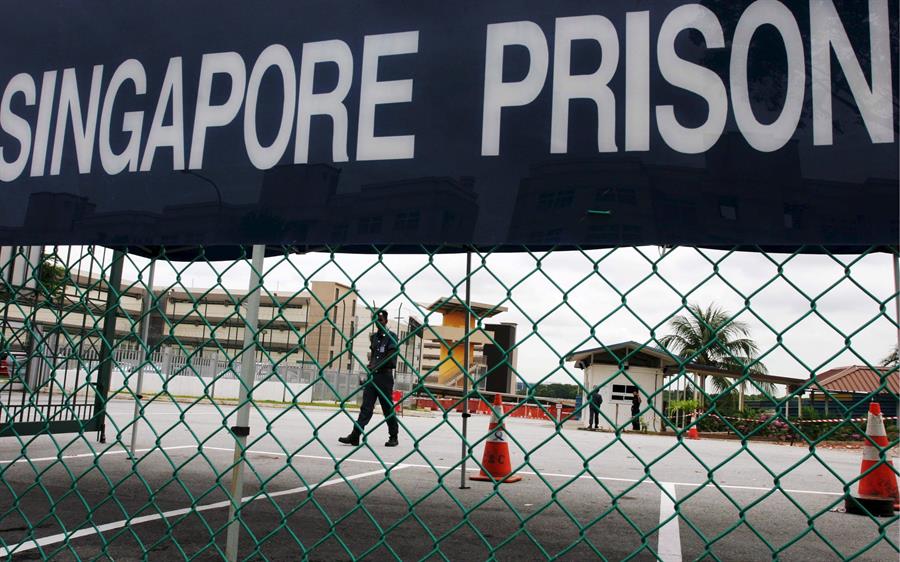 Singapore’s government today invoked its fake news law against what it claims are “preposterous allegations” by a Malaysian human rights organisation – which denounced “brutal and unlawful” execution methods in the city-state.

In a Jan 16 statement, LFL said Changi prison officials were “given special training” to carry out a procedure in the event that the rope breaks during a hanging.

The procedure involved kicking the back of the neck of the prisoner in order to break it and carried out to be consistent with death by hanging, it said, adding that officers were told to kick no more than twice so that it would not be detected in the event of an autopsy.

LFL said the information came from a former Singapore Prison Services officer who had served in the execution chamber and was prepared to testify, and said the method “could not have been done without the knowledge and approval of the Home Minister and government.”

The home affairs ministry said the LFL statement contains “untrue, baseless and preposterous allegations,” and that judicial executions are carried out in “strict compliance with the law,” in the presence of a doctor and vetted by a coroner.

It added that “the rope used for judicial executions has never broken before” and “prison officers certainly do not receive any ‘special training to carry out the brutal execution method’ as alleged.”

Journalist Han confirmed receiving the correction direction, saying she has been given until 8am Thursday (Jan 23) to comply.

“I’ll be using the rest of the time given under the Correction Direction to decide how I should proceed,” she said on her social media accounts.

She added that after the LFL statement had been published, she had sent two requests to the prison service for response, but had not received a reply.

The Online Citizen said on Facebook it had “filed an application to the minister to cancel the direction. The minister has three days to consider the application before TOC can take the matter to the court.”

The law came into effect in October last year and correction directions have been issued against several people or entities since.

Under the law, Singapore can order what it considers “falsehoods” to be taken down from websites or ask for corrections. They can also order tech companies to block accounts.

The law received widespread criticism over fears it would be used to curb free speech.