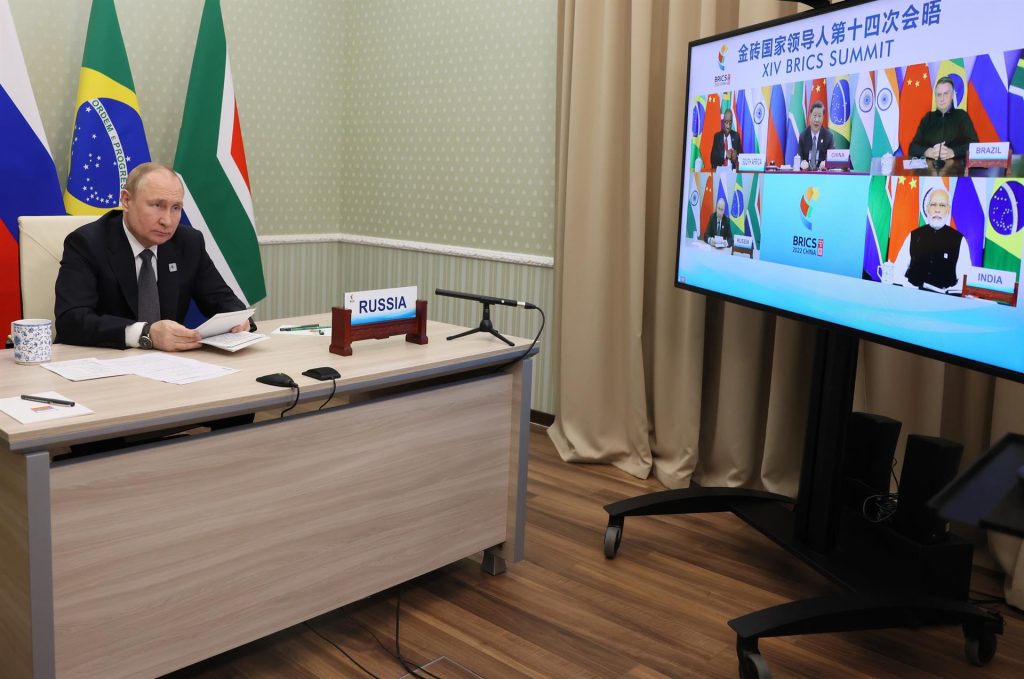 Russian president Vladimir Putin yesterday said “honest cooperation” is needed to ease the global economic crisis, which he said was being caused by the “foolish and selfish actions of certain states.”

“Only on the basis of honest and mutually beneficial cooperation is it possible to seek the way out of this crisis situation that has shaped the global economy,” Putin said at the virtual summit of leaders of the BRICS Forum, consisting of Russia, Brazil, India, South Africa and China.

Putin attributed the global economic crisis to the “thoughtless and selfish actions of certain states who, using financial mechanisms, essentially shift the blame for their own mistakes in macroeconomic policy to the entire world,” in a clear reference to the US and the EU.

The complexities and transnational nature of the threats facing the world require collective responses, the Russian president said.

“We have repeatedly said that only together we can solve such problems as conflict resolution, combating terrorism, organised crime, including the criminal use of new technologies, combating climate change, and the spread of dangerous infections.”

He added that Brics’ prestige and influence in the international arena was increasing each year, pointing to the group’s “enormous political, economic, scientific-technological and human potential.”