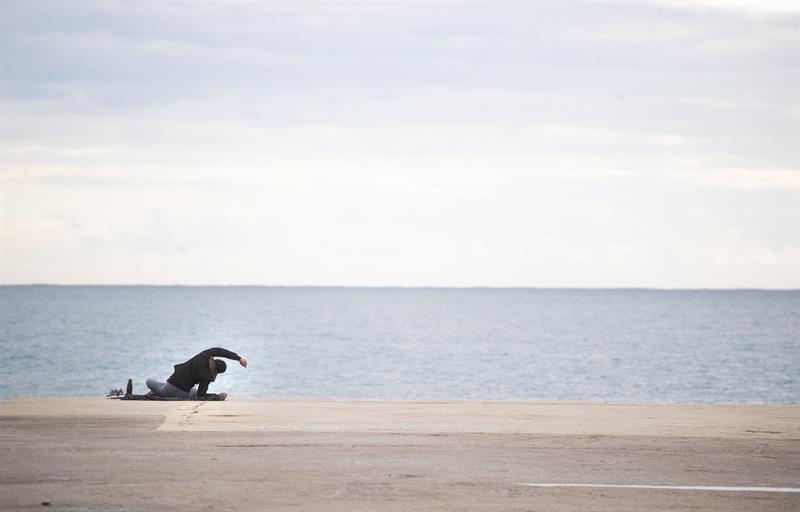 A group of people today disrupted a yoga event in the Maldives, claiming the ancient Indian practice violated Islamic beliefs.

They carried Islamist flags and breached security checkpoints and barricades to disrupt the event.

Several attendees were assaulted with punches and shoves, and some of the facilities set up for the event, which was attended by Indian ambassador to the Maldives Munu Mahawar and other diplomats, were demolished.

“We are taking this attack very seriously. Six men have already been arrested but more will follow if that is necessary,” a police spokesperson said.

Sheikh Adam Nishan and Sheikh Fazloon Bin Mohamed – who gave fiery remarks before the protestors battled with police at the stadium gate – led the assault.

The two made social media appeals yesterday, pushing people to attend the demonstration.

On social media, Adam Nishan had urged his followers to join him in a “peaceful march” in front of the stadium to protest what they dubbed the “Hindu yoga movement.”

“(It) is being treated as a matter of serious concern and those responsible will be swiftly brought before the law,” he wrote on Twitter.

The event that occurred today takes place in the middle of an anti-India campaign across the archipelago.

Although the Maldives is an Islamic country, it is most recognised for its bikini beaches rather than for extremist Islam.

However, a presidential panel found in 2019 that the Maldives had active Al Qaeda and Islamic State cells.

Mohamed Nasheed, the archipelago’s former president, was critically injured in a bomb attack blamed on radicals a year ago.