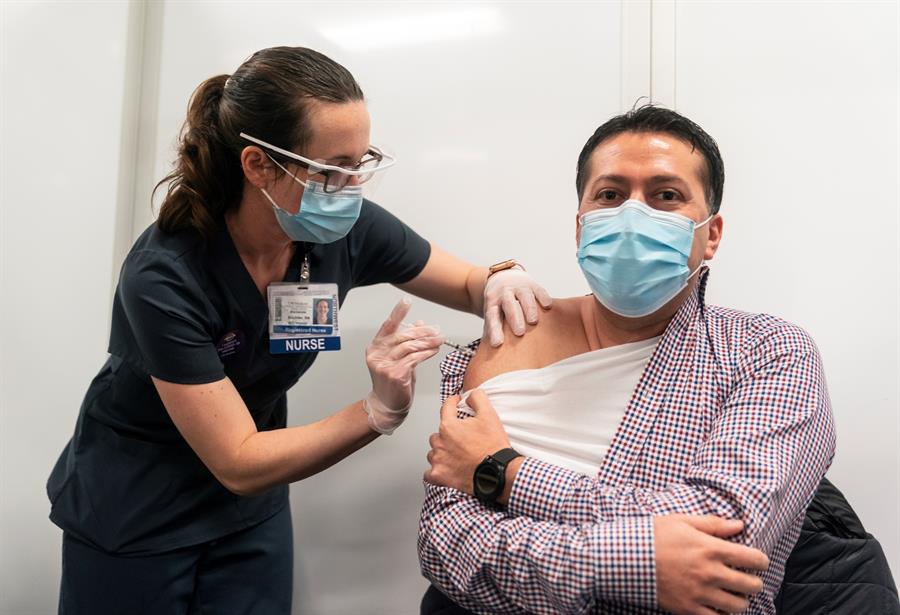 Philippine president Rodrigo Duterte has proposed to vaccinate 15 million people against Covid-19 in three days and asked local administrations to distribute free food to those vaccinated as an incentive.

Duterte, in an address from Manila’s Malacañang presidential palace yesterday, asked officials to use “use all available resources,” especially human resources, for these national vaccination days between Nov 29 and Dec 1.

“I am authorising all governors and mayors, just spend money. I will replace that some day,” said the president, who recommended providing free food to persuade people to get vaccinated.

It is estimated that unprecedented operation in the country will require the participation of 160,000 volunteers to reach the targeted figure.

Duterte also said those against getting vaccinated should not be allowed into restaurants and hotels for being a public health hazard.

Around 33.5 million people of Philippine’s more than 100 million population have been fully vaccinated, including three million children between the ages of 12 and 17.

Many people in the Asian country are reluctant to get vaccinated after a 2016 controversy concerning a government-sponsored dengue vaccine among children, which was later found to increase the risk of severe symptoms in patients who had not suffered the disease in the past.

After maintaining one of the world’s longest and strictest lockdowns in Manila, the authorities have relaxed almost all their restrictions in recent months in the face of a drop in the number of cases.

A total 2.8 million people have been infected and more than 47,000 have died so far due to the coronavirus in the Philippines, making it the second most affected country in Southeast Asia, behind Indonesia.