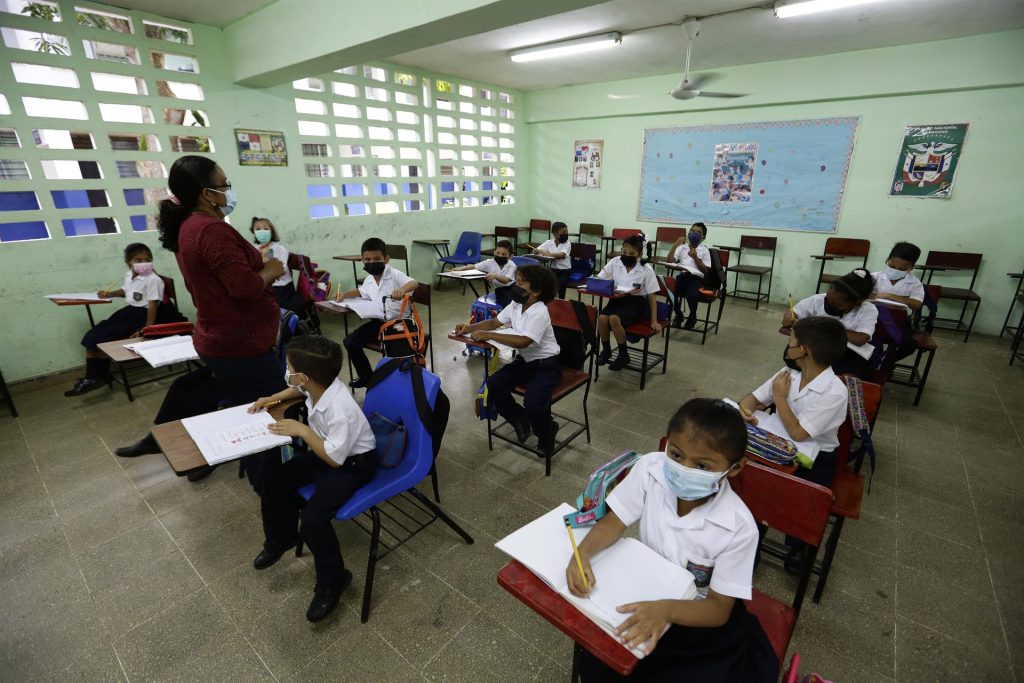 Panamanian public teachers yesterday returned to their classrooms after nearly a month-long strike – during which they managed to get an increase in the education budget in negotiations with the government and reductions in fuel prices and in basic consumer goods.

“We have almost 90% of the schools (operating again), above all the most important ones on the national level, which are resuming (classes), although teachers still need to be transported to areas difficult to access,” said deputy education minister Ricardo Sanchez.

Some 840,000 students returned to their classes in about 3,000 public schools, according to government figures released yesterday.

In a public school in the Panama City residential neighbourhood of San Miguelito, teachers and students returned to the classrooms with considerable “emotion” and amid uncertainty about the methods whereby the learning the students were denied during the strike will be able to be delivered.

“I’m emotional … about the return. It’s a clean slate,” said Xiomara Correa, the assistant principal at the Carlos A. Mendoza school located in one of the capital’s most violent areas.

Panama’s public teachers union called the open-ended strike at the beginning of July to demand a reduction in the high cost of fuel, food and medication – amid massive street protests in which some people were injured in clashes between police and demonstrators in the central province of Veraguas, which proved to be the epicentre of the unrest.

Over time, other unions, indigenous organisations and civil society groups joined the teachers’ protest by staging the most intense demonstrations in decades in the Central American country.

The government and the protest leaders on July 21 established a dialogue, mediated by the Catholic Church, to find a resolution to the crisis, and ultimately the two sides agreed that the government will allocate 6% of the GDP to education, some US$1.2 billion, in 2024.

The government also froze the price of fuel and certain products within the basic consumer basket and also announced an “austerity plan” that reduces the government payroll by 10% and cuts spending by the various ministries.

“I give thanks to the Lord. I feel happy that the kids are returning to the classrooms. It’s true that they needed to return, learn more, be taken care of by the teachers. In the end, what the teachers and parents were fighting for on the street was achieved,” said Ilka Fernandez, the representative of the parents whose children attend Carlos A. Mendoza.