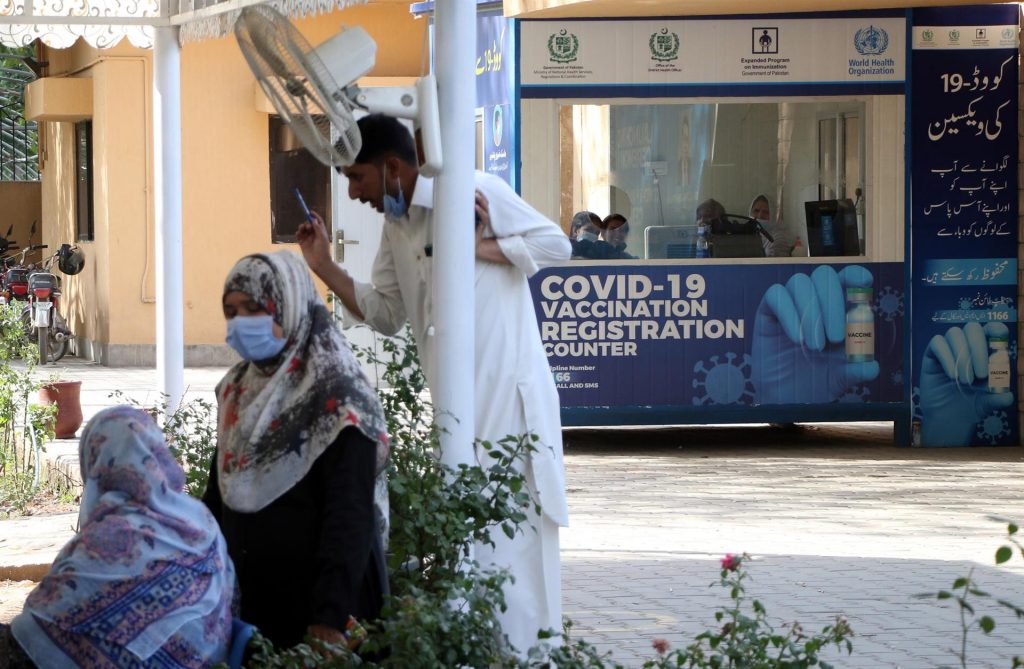 With 10 million anti-coronavirus vaccine doses administered so far been in Pakistan, authorities today made immunisation mandatory for government and private sector employees.

However, Pakistan still has a long way to go before it reaches the target of inoculating 70 million of the 220 million people in the country by the year-end, even as the third wave of the virus outbreak has started ebbing in the country.

A little over two and a half million people have received the necessary second vaccination dose, he said.

The minister said health officials were vaccinating some 300,000 people daily with Sinopharm, Sinovac, and Cansino vaccines.

The country is battling vaccine hesitancy amid a common belief the vaccination is un-Islamic.

Conspiracy theories like vaccines trigger infertility and that the women will grow moustaches and beards are also fuelling the reluctance to get vaccinated.

Against this backdrop, the government today declared that private and government sector employees would have to get vaccinated.

“(Getting vaccinated is) obligatory for both public as well private sectors employees. In this regard, all public sector employees will have to be vaccinated by June 30,” the National Command and Operation Centre (NCOC), the federal government’s central agency dealing with the pandemic, said in a statement.

The agency, however, did not set a deadline for vaccinating private sector employees.

It said the immunisation was voluntary for the rest of the people in the country.

The NCOC said the government was working out incentives for those who get vaccinated.

The country is moving out of the third wave of the coronavirus pandemic with a below 3% positivity rate in recent days, the lowest in four months.

In the last 24 hours, 77 people died from the virus, taking the overall fatalities to 21,453 since the pandemic began.

Official data showed that 1,118 people tested positive for the virus over the past day. The country has accumulated 936,131 confirmed cases so far.

The government began to ease restrictions imposed in March and April when the administration sought the help of the army to impose the measures like social distancing and the use of masks.

The government has allowed restaurants to use their terraces to serve the guests. Schools in areas with a below 5% positivity rate have also reopened.

Pakistan and Afghanistan are the only two countries where polio continues to be endemic because many parents do not want their children to get vaccinated against the crippling disease.

The two officers were shot while returning on a motorcycle after accompanying a polio vaccination team in the northwestern Mardan district, said local police spokesperson Gul Khan. “As per initial investigation the policemen were martyred because they performed their duty to protect polio team.”

The two assailants escaped from the scene and an operation has been launched to nab them.

The attack comes on the third day of a massive vaccination campaign that aims to immunise 33.6 million children below the age of five against the disease, which can cause paralysis and muscular atrophy in the limbs. Around 223,000 vaccinators are taking part in the drive.

This year the country has only reported one polio case so far, something which the authorities have attributed to the restrictions on people’s movement due to the pandemic, said polio programme spokesperson Shehzad Baig.

Several people in Pakistan consider vaccination to be against Islamic practices, and some even fear that the anti-polio campaign is part of a west-hatched conspiracy to control birth rates of Muslims by causing infertility with vaccinations.