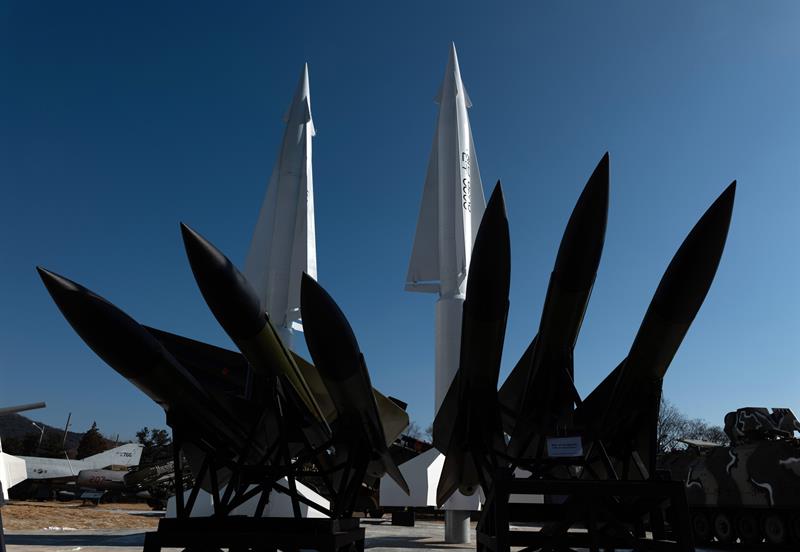 North Korea today said it successfully tested a hypersonic missile in the presence of leader Kim Jong-un, reinforcing the message that Pyongyang has no interest in the current supply of US dialogue and will continue to improve its weaponry.

North Korean media said yesterday’s launch was, as many suspected, what the regime defines as a hypersonic missile – adding that Kim chaired the trial, the first time he has witnessed a weapons test in nearly two years.

Photos show Kim following the test from inside a minibus modified to serve as an observation post.

He was accompanied by Jo Yong-won, who along with the leader is one of the five members of the presidium of the Politburo of the Workers’ Party, and his sister, Kim Yo-jong.

The assistance of Kim, who appeared for the last time in such a test on 20 March 2020, indicates the regime has concluded the development of this type of weapon.

This was stated by state agency KCNA and the main national newspaper Rodong, which said “the test was aimed at the final verification of the general technical specifications of the hypersonic weapon system developed.”

Yesterday was the third test with this type of technology carried out by North Korea, which carried out the second of them just six days before.

According to North Korean media, the missile’s hypersonic gliding warhead manoeuvred vertically after travelling 600km “and executed a sharp” horizontal turn manoeuvrer before “hitting the target” in the waters of the Sea of ​​Japan (called the East Sea in the two Koreas) “located 1,000km” from the launch point.

The South Korean army described yesterday what was launched by North Korea as a ballistic missile and not hypersonic, as it did when Pyongyang tested the same type of projectile on Jan 5 with less outstanding results.

The southern Joint Chiefs of Staff said the missile launched yesterday travelled about 700km reaching a maximum speed of about Mach 10 (10 times the speed of sound) and added that it showed improvements compared to the test carried out six days earlier.

However, Seoul, which said yesterday that its army is capable of “detecting and intercepting” this weapon, called Pyongyang’s claims exaggerated and added that it isn’t capable of perfecting the technology of what is properly considered a hypersonic missile.