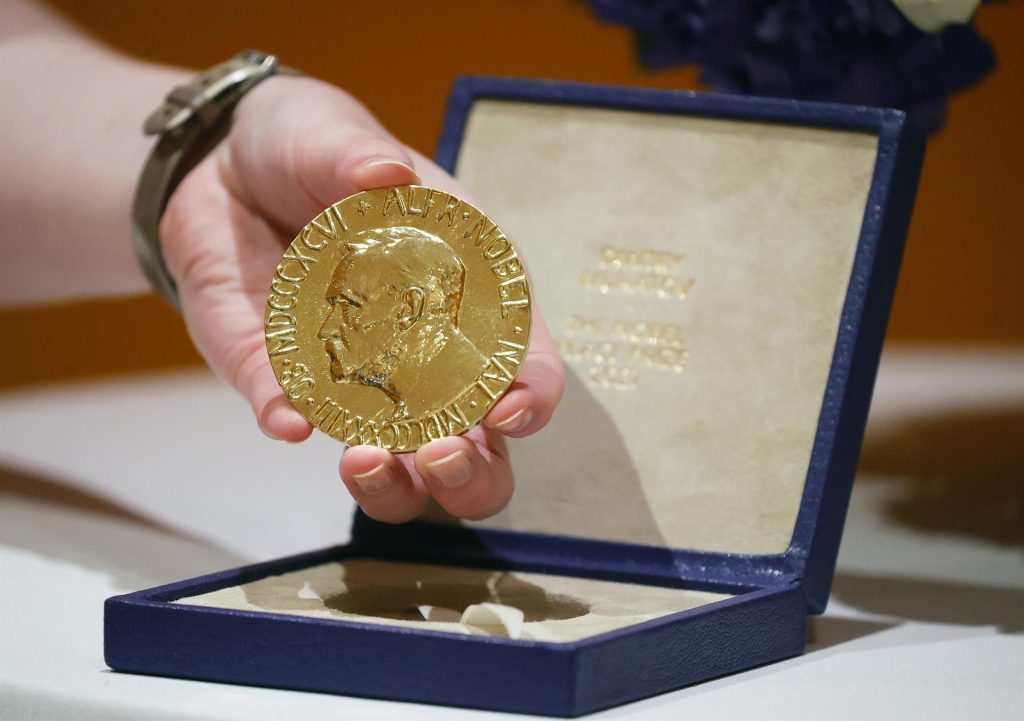 The Nobel Peace Prize awarded to Russian journalist Dmitry Muratov sold in New York City yesterday for a record US$103.5 million, all of which will go towards helping Ukrainian refugee children.

The bidding, which was conducted by Heritage Auctions, lasted 20 minutes – during which the price of the medal steadily rose from US$787,000 to US$16 million, until suddenly an anonymous telephone bidder put up US$103.5 million, ending the sale coinciding with World Refugee Day.

The highest amount previously paid for a medal was US$4.76 million in 2014 for that awarded to James Watson, whose co-discovery of the double helix DNA structure earned him a Nobel prize in 1962.

Muratov had already announced he was donating his accompanying 2021 Nobel prize cash award of US$500,000 to charity, and it was his idea to also auction the medal “to give the children refugees a chance for a future.”

Heritage Auctions renounced its fees, so the entire amount will go to Unicef for Ukrainian children displaced by the war.

“It has to become a beginning of a flash mob, as an example to follow so people auction their valuable possessions to help Ukrainians,” Muratov said in a video released by the auction house.

Muratov is the founder and editor-in-chief of independent Russian newspaper Novaya Gazeta, which has been critical of Moscow. The paper’s operation was suspended in Russia amid a clampdown by Moscow after its invasion of Ukraine.

He shared the 2021 Nobel Peace Prize with fellow journalist Maria Ressa of the Philippines “for their efforts to safeguard freedom of expression, which is a precondition for democracy and lasting peace.”