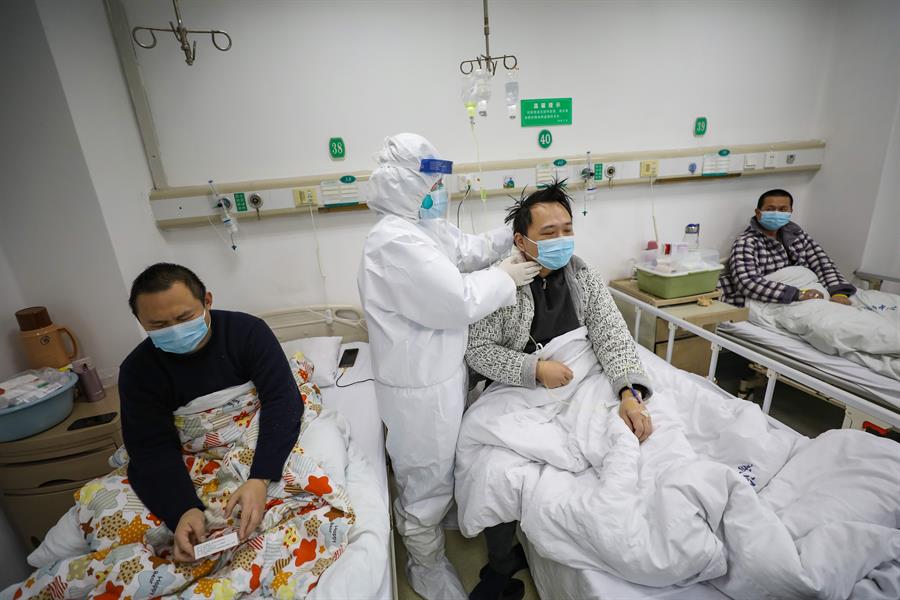 Chinese health authority today said it received reports of 2,641 new confirmed cases of novel coronavirus infection and 143 deaths on Friday from 31 provincial-level regions and the Xinjiang Production and Construction Corps.

Among the deaths, 139 were in Hubei Province, two in Henan, and one in Beijing and Chongqing respectively, according to the National Health Commission.

A total of 8,096 patients infected with the novel coronavirus had been discharged from hospital after recovery by the end of Friday, the Chinese health authority announced.

By the end of Friday, a total of 1,523 people had died of the disease and 66,492 confirmed cases of novel coronavirus infection had been reported in 31 provincial-level regions and the Xinjiang Production and Construction Corps in China.

Meanwhile in SEOUL, 700 South Koreans repatriated from a Chinese city at the centre of the Covid-19 outbreak are set to be released from quarantine in two provincial towns today and tomorrow, Yonhap news agency reported.

They have stayed in isolation at two state-run facilities in Asan and Jincheon, both about 90km south of Seoul, for more than two weeks, the estimated incubation period of Covid-19.

They were declared free of the virus in the final test on Thursday and permitted to go home, according to the Ministry of the Interior and Safety.

The do not require follow-up medical checks after discharge, the ministry said.

The Asan compound has accommodated 527 people, with 173 in Jincheon.

The Asan facility will free tomorrow 333 people who arrived on Feb 1 and a non-evacuee who has been there to take care of his two children.

The government will mobilise 37 buses to transport them to major locations near their homes, officials said.

The ministry added that 111 civil servants, who supported them at the facilities, will also be released tomorrow and Monday after completing disinfection and waste disposal.