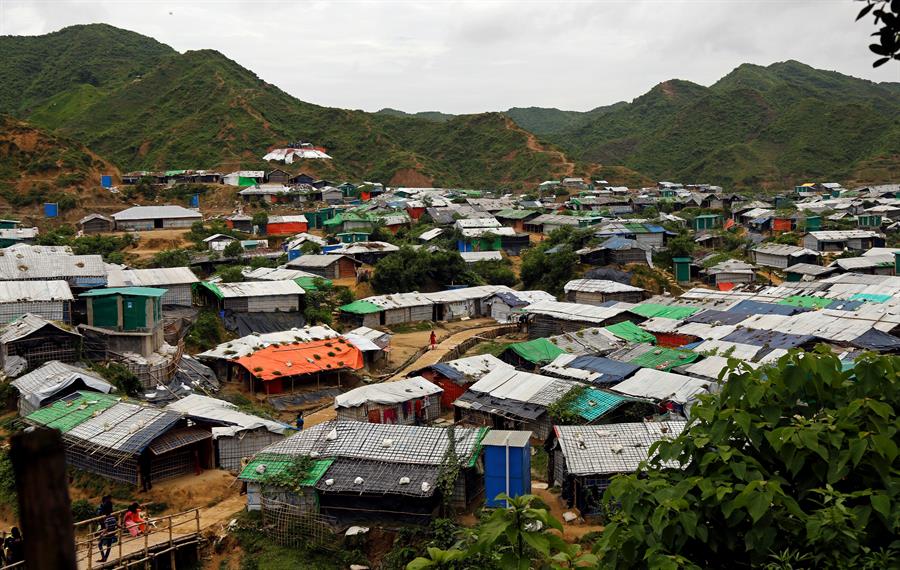 The fire broke out around 4:45pm yesterday in a camp in the Ukhyia area and spread quickly. Fire service officials said they took four hours to douse the fire.

“We rushed all our units from the surrounding areas. Thankfully we could control the fire in four hours,” said Mohammad Abdullah, the deputy assistant director of Cox’s Bazar Fire Service and Civil Defense.

“Many shelters were destroyed. We searched the debris the whole night but did not find any dead bodies.”

Additional refugee commissioner Mohammad Shamsuddoha said two people sustained injuries during the incident but their conditions were not serious.

“We made our primary assessment after the fire. The fire destroyed at least 589 shelters and made over 2,500 refugees homeless. We are giving the affected people necessary assistance.”

The fire was suspected to have originated from a cooking stove in a shelter, Shamsuddoha added.

The highly congested camps in Cox’s Bazar are susceptible to mishaps due to lack of planning and fragile infrastructure with makeshift huts made of wood, bamboo and plastic.

On 22 March 2021 a massive fire killed 15 people and destroyed 10,000 shacks, affecting as many as 45,000 refugees, according to the UN. Several schools, health centres and other facilities were also destroyed.

In January of the same year, another fire left around 3,500 Rohingyas without a shelter as more than 500 huts were destroyed.

However, there have also been concerns about fires being deliberately set. In January, UNICEF flagged the deliberate burning of four educational centres for Rohingyas.

Nearly 738,000 Rohingya refugees have been living in camps in Bangladesh since 25 Aug 2017, following a wave of persecution and military crackdown in the neighbouring Myanmar that the UN described as “a textbook example of ethnic cleansing” and possible genocide.