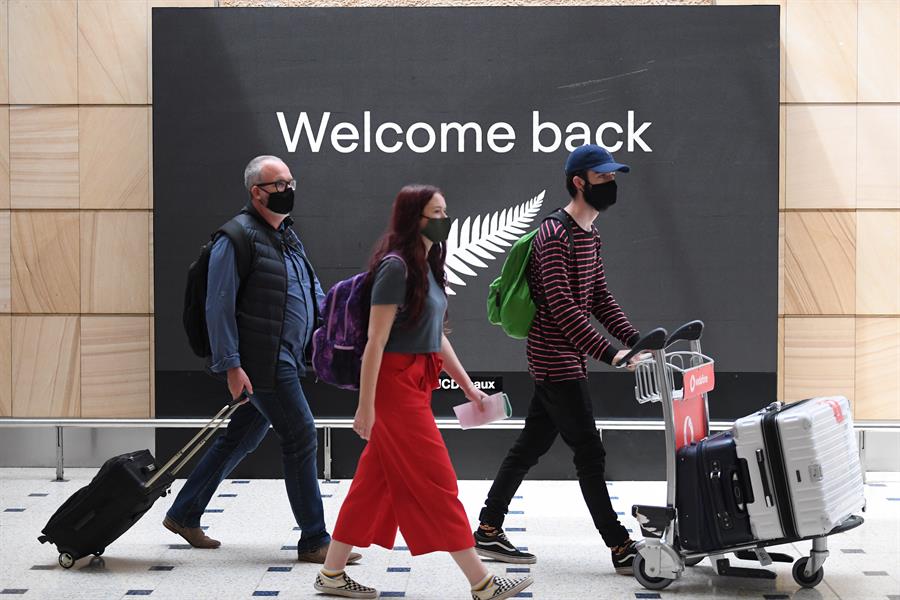 Australia and New Zealand will open a travel bubble from April 19, which will allow their residents to travel freely between the countries without undergoing a quarantine period.

New Zealand prime minister Jacinda Ardern announced the measure today after months of talks – although she did not rule out that in the event of potential outbreaks, travel would be suspended again or quarantines enforced.

“The director-general of Health considers the risk of transmission of Covid-19 from Australia to New Zealand is low and that quarantine free travel is safe to commence.”

Ardern said people should have a plan in place in case their trip was disrupted in the event of an outbreak.

Both Australia and New Zealand, however, will maintain the two weeks of mandatory quarantine in hotels and centres for travellers from other nations.

The countries, which closed their borders in March 2020, had already opened a one-way travel bubble in October that allowed New Zealanders to enter the neighbouring country without the need for quarantine, although they did have to serve a period of isolation in the opposite direction.

Wellington and Canberra began talk of the air bubble in April last year and are two of the countries that have best contained their Covid-19 epidemics, thanks to enforcing prompt and hard preventive measures – such as lockdowns and the closure of their international borders.

Australia has so far registered some 29,400 cases, including 909 deaths, most of them due to the outbreak in the city of Melbourne in mid-2020, while New Zealand, considered the country that has best managed the pandemic in the world, has recorded about 2,200 confirmed infections, with 26 deaths.