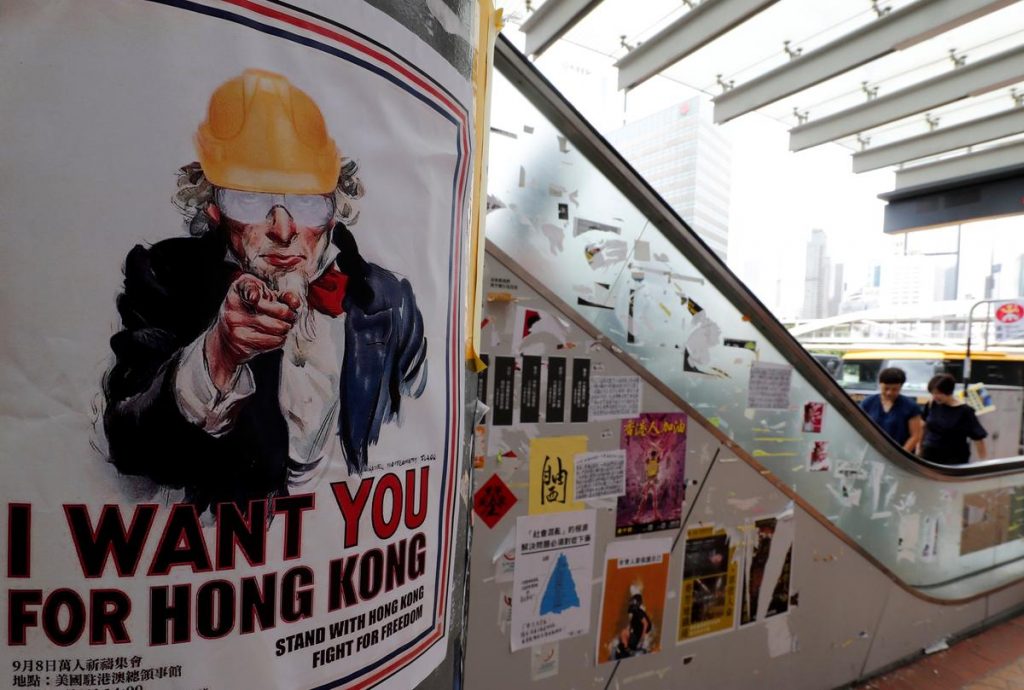 Hong Kong is bracing for more demonstrations this weekend, with protesters threatening to disrupt transport links to the airport as embattled leader Carrie Lam’s withdrawal of a controversial extradition bill fails to appease some activists.

Protesters plan to block traffic to the city’s international airport tomorrow, a week after thousands of demonstrators disrupted transport links, which saw some of the worst violence since the unrest escalated three months ago.

The Airport Authority, in an advert in the South China Morning Post newspaper today, urged protesters “not to disrupt the journey of tens of thousands of travellers who use the airport every day”.

In a pre-recorded televised address on Wednesday, Lam said the extradition bill had been withdrawn, conceding to one of the protesters’ five demands – although many said the move was too little, too late.

The extradition bill, which would have allowed people to be sent to mainland China for trial in courts controlled by the Communist Party, triggered mass protests that have now evolved into a broader backlash against the Hong Kong government and its political masters in Beijing.

The massive and some times violent protests present Chinese president Xi Jinping with his greatest popular challenge since he came to power in 2012.

Many protesters remain angry over Lam’s refusal to grant an independent inquiry into perceived police brutality against protesters. Police have fired tear gas and bean bag rounds at protesters, who in turn have thrown petrol bombs and bricks at police in running battles across the Asian financial hub.

The protesters’ three other demands are: retraction of the word “riot” to describe rallies, release of all demonstrators arrested and the right for Hong Kong people to choose their own leaders.

Many Hong Kong residents fear Beijing is eroding the autonomy granted to the former British colony when it was handed back to China in 1997.

China denies the charge of meddling and says Hong Kong is an internal affair. It has denounced the protests and warned of the damage to the economy and the possible use of force to quell the unrest. Hong Kong is facing its first recession in a decade.

Legislation addressing China’s actions in Hong Kong will be among the top priorities pushed by US Senate Democrats when Congress returns to work after a recess next week, their leader said yesterday.