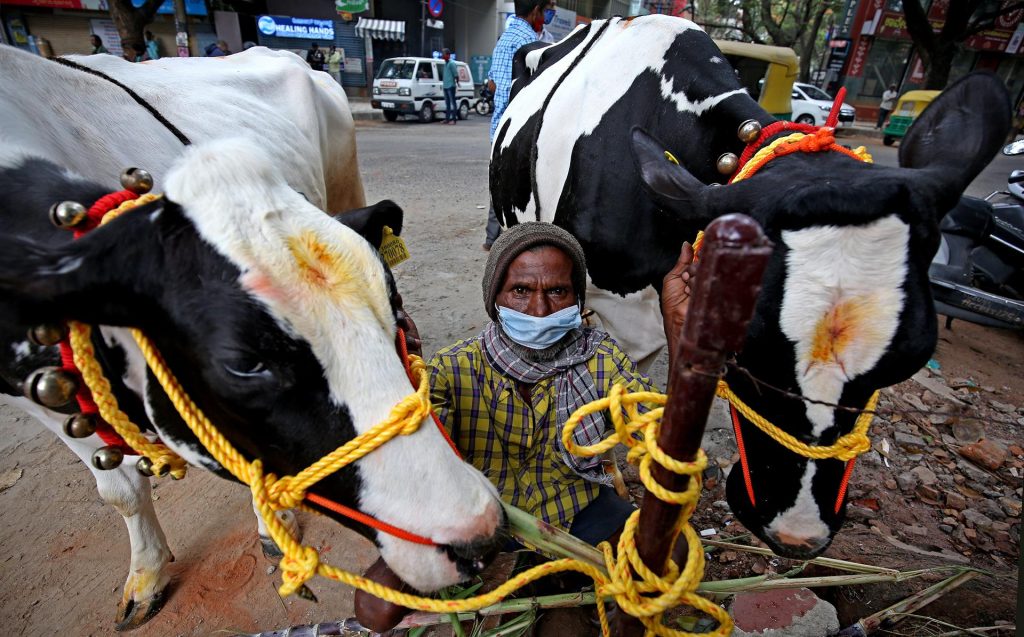 The death of tens of thousands of cows in India from an outbreak of Lumpy Skin Disease (LSD) caused an outrage yesterday among a large section of the people in the northwestern city of Jaipur – as they took to the streets demanding urgent action from the authorities.

The protest, which led to clashes with the police, was largely led by members of the Hindu nationalist Bharatiya Janata Party (BJP), the political group of Indian prime minister Narendra Modi.

The protesters held the regional government, controlled by the opposition Congress Party, responsible for the outbreak in the state of Rajasthan – whose capital is Jaipur – the most affected by the disease.

According to data from the Department of Animal Husbandry and Dairying of the Indian government, more than 60,000 cows have died across the country from the outbreak that began to spread in April.

The disease has affected some dozen states.

BJP’s regional president Satish Poonia, in a tweet, said it was unfortunate that Rajasthan’s government led by Ashok Gehlot of the Congress Party had lost all concern towards cows, considered sacred in Hinduism.

On Monday, Gehlot had urged the federal government in New Delhi, led by the BJP, to declare the situation as a national calamity, underlining the need to save the lives of cows from LSD.

Moreover, he has called on the BJP leaders to aid the local authorities instead of fuelling protests.

Sensitivities about the protection of the cow have provoked several waves of tension in the country, especially since the arrival of the Modi’s BJP to power in 2014.

LSD is caused by a provirus, considered endemic in several parts of Africa and can cause the death of bovine animals, although it is more commonly known to be linked to a decrease in milk production and fertility.

The disease appears as lumps on the skin of the animal, mainly on the head, limbs, udder and genitals, which later degenerate into deep wounds.

LSD is spread through vectors such as flies and mosquitoes, and is known to spread particularly during periods of rainfall.