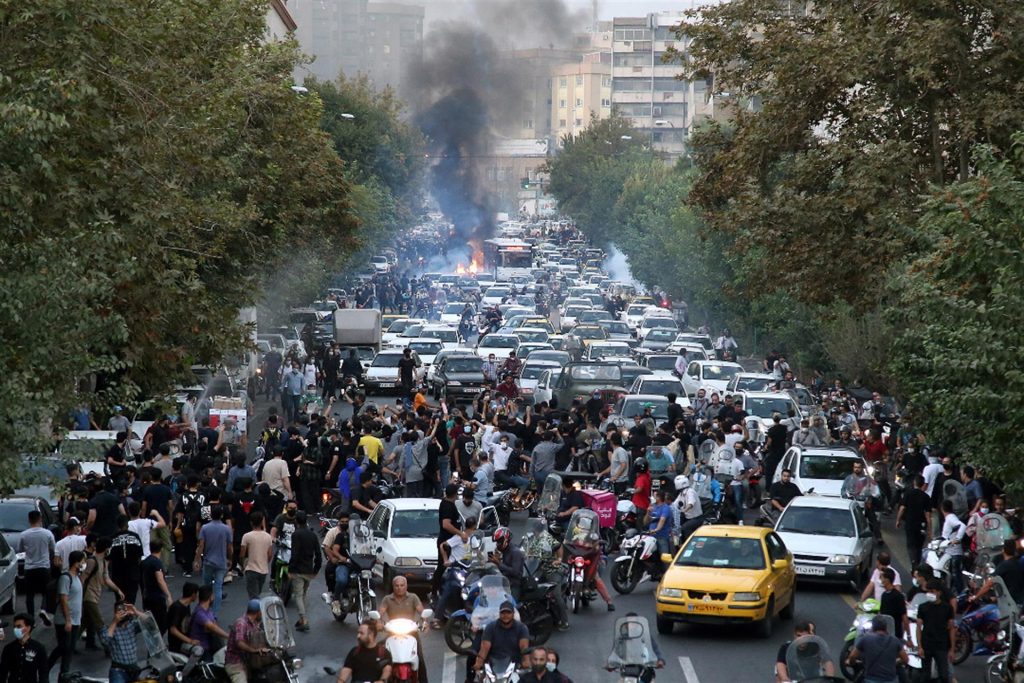 Pain and anger over the death last week of a young woman in custody have ignited a wave of protests across the streets of Iran.

Mahsa Amini, 22, was arrested last Tuesday by the morality police for violating the country’s strict Islamic dress code. She collapsed at a detention centre and spent three days in a coma before she died in hospital on Friday.

Demonstrations broke out in Tehran on Friday and then spread to other cities.

This is not the first time Iranians have taken to the streets over unresolved issues. In 2019, many Iranian rallied against increased fuel prices, while hundreds protested the lack of drinking water during droughts in 2021 and 2020.

Pensioners in the Islamic republic also protested the high cost of living, once again defying the authorities with street demonstrations.

All of these were limited to specific groups and social classes. However, the protests over Amini’s death have overcome Iranian society’s fragmentation.

Hence, people from different backgrounds and social classes have joined the protests, a show of “solidarity” that previous demonstrations did not have, noted Batmanghelidj.

Young people, especially women, lead the demonstrations – which are currently spilling over into more than 20 cities – but there are also many elderly people.

“In Iran, people take their protests to the streets for two reasons: Freedom, or bread. While the middle class demands freedom, the underprivileged protest for bread, and there is little solidarity between the two groups,” writer Ali Alfoneh posted on Twitter.

“Even the underprivileged, who remain socially conservative, wonder why harsh measures are taken against #MahsaAmini but there is no enforcement of the morality laws in north Tehran luxury shopping malls.

“This is why the death of #MahsaAmini in the custody of the moral police triggered an outrage uniting the middle class and the unprivileged,” Alfoneh continued.

Protests carried out mainly by young Iranians have been taking place for days, to which police are responding with violence,

Iranian authorities confirmed at least six people have died so far, while Amnesty International has raised the death toll to eight, with some 500 injured.

State TV later reported that 17 people had been killed in the unrest.

During his speech at the UN General Assembly in New York on Wednesday, Iran president Ebrahim Raisi accused the West of having double standards when it comes to human rights, without giving any reference to Amini.

Supreme leader Ali Khamenei also turned a blind eye to the protests and the young woman’s death during his Tuesday televised address on the anniversary of the war with Iraq in the 1980s.