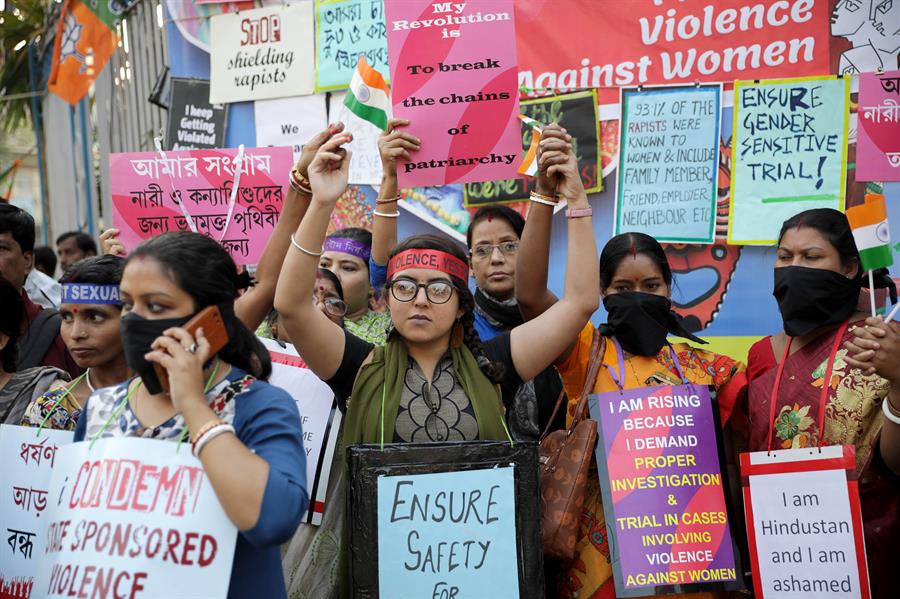 An Indian court yesterday delayed until Feb 1 the execution of four men – convicted of the brutal rape and murder of a paramedic student that caused widespread outrage in the country seven years ago.

The court had earlier ordered the convicts to hang at 7am on Jan 22 – but one of them appealed for mercy before India president Ram Nath Kovind, a step that delayed their death warrant.

The president has rejected the mercy petition – and the execution of Mukesh Singh, Pawan Gupta, Vinay Sharma, and Akshay Singh will now take place at 6am on Feb 1, according to the court’s new order.

However, the delay in the execution has upset the family of the victim, a 23-year-old physiotherapy intern who was raped and then fatally injured in a private bus on the night of 16 Dec 2012 on a south Delhi road.

Her mother Asha Devi told reporters the authorities have been delaying the execution and prolonging her wait for justice.

“Till the time they are not hanged, I will not be satisfied. They have been postponing the dates since the beginning. I will not get justice until they are hanged.”

She said human rights of the convicts “have been considered (…) but our rights have never been taken into account.”

The convicts were sentenced to death in 2013 and have exhausted almost all legal remedies at their disposal to get some reprieve.

Their capital punishment was upheld by India’s Supreme Court in May 2017, 4½ years after the incident.

The last option remaining for them was to seek mercy from the president, who is empowered to grant pardons to death row convicts.

One of the convicts, Vinay Sharma, has exhausted that option but three others have not yet filed a mercy plea.

The execution could be delayed further if the other three seek clemency from the president.

The victim, commonly known as Nirbhaya – a name given to the woman by the media which means fearless – and her male friend had just moved out of a south Delhi theatre when they boarded an off-duty charter bus, with six male occupants, including the driver and a juvenile.

Her male friend was knocked down while the drunk men took turns to rape her inside the moving bus before brutally assaulting her with a metal road.

The attackers then threw the two out of the bus, apparently assuming they were dead.

A passerby found the two laying half dead and informed Delhi Police.

Nirbhaya was flown to a Singapore hospital as her condition worsened, triggering a huge outpouring of public anger across India.

She died there on 29 Dec 2012. Her friend survived after being treated for broken ribs.

All six suspects were arrested by the police. One of them, a minor, was sentenced to three years in a correctional facility because he was a juvenile. Ram Singh, the bus driver, committed suicide in Delhi’s Tihar Jail during the trial.