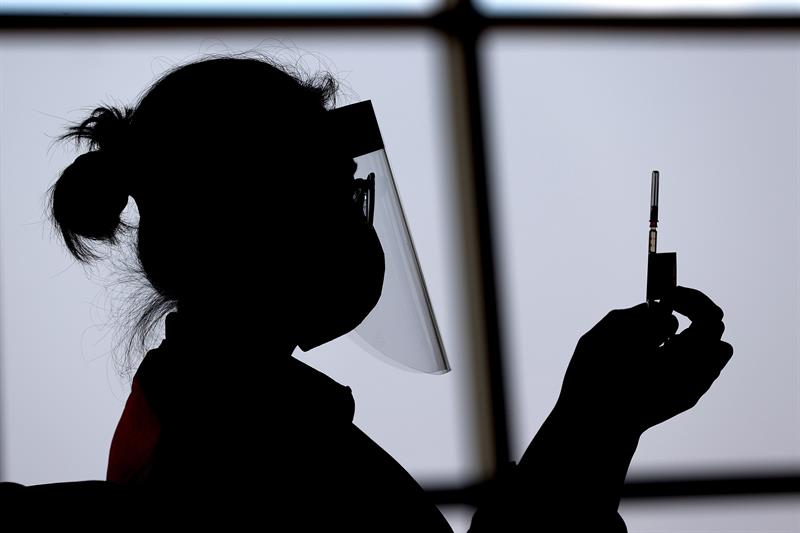 India set a new record in its anti-coronavirus vaccination drive by clocking more than 42,000 jabs a minute today and administering over 22 million doses in a single day.

The startling speed of the vaccination campaign, coinciding with the 71st birthday of prime minister Narendra Modi, took the overall number of jabs administered so far to over 790 million, the federal health ministry said.

“We are currently clocking over 42,000 vaccinations (per) minute or 700 (per) second,” National Health Authority chief RS Sharma tweeted.

“On Prime Minister Modi’s birthday, India has set a record and administered more than 20 million doses in a single day,” Mandaviya tweeted.

The drive was on till late in the evening. Health workers had already administered more than 22.5 million doses at various vaccination centres.

Some of the vaccine centres are open round the clock.

Official data showed the country of 1.35 billion inhabitants has so far administered 790 million vaccines doses since Jan 16, when the drive began.

In the last few weeks, India has registered one of its highest vaccination data, on several occasions, with 10 million vaccines in a single day.

However, today’s figures far exceed the vaccination average in the last two weeks.

Still, with an adult population of more than 950 million people, the country is far from fully immunising its eligible population.

So far, only 195 million people have fully inoculated themselves.

The Modi government has set a goal to fully vaccinate 60% of the entire population, which would mean inoculating an average of 10 million people per day until the end of the year.

The limited availability of vaccines has rocked the vaccination plan of India, known as “the pharmacy of the world.” The country is home to the largest vaccine factory.

The India vaccine drive relies heavily on two locally manufactured antigens – AstraZeneca’s Covishield and the indigenous Covaxin of the Bharat Biotech. It also has other licensed vaccines like the Russian Sputnik.

According to the Indian Ministry of Health, the country has around 61.7 million unused doses still available.

Under the government policy, 75% of vaccine production destined for India goes to the state and is administered free. Only 25% goes to private clinics.