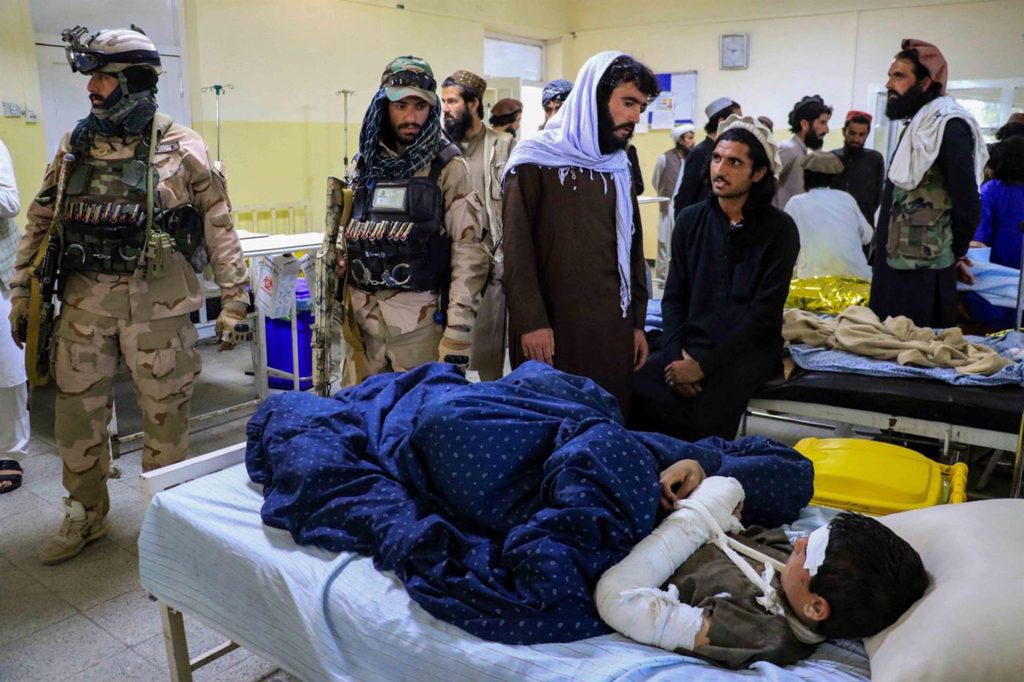 A magnitude 5.9 earthquake, which struck eastern Afghanistan before dawn today, claimed more than 920 lives and wounded 1,500 more, said the authorities.

The earthquake hit the Paktika and Khost provinces at 1.24am (local time), about 46km southwest of the city of Khost, which lies near the border with Pakistan.

Rescuers scrambled for survivors in the deadliest earthquake in decades to have devastated the war-ravaged nation, which is in the throes of back-breaking poverty and food crises.

It is the biggest disaster in Afghanistan since the Islamist Taliban militia returned to power in August of last year.

Following the overthrow of the US-backed government and the Taliban’s seizure of Kabul, Washington and its western allies froze billions of dollars in the nation’s foreign reserves and cut off international support.

“More than 1,000 people were killed and over 1,500 injured in (the) earthquake.” said the official Bakhtar news agency, citing chief of information and culture department.

The authorities expected the casualties figures to rise as search and rescue missions continue.

The ministry said most of the deaths were in Paktika province, in the districts of Giyan, Nika, Barmal and Zirok.

The Taliban administration said it employed all available resources in order to conduct the rescue operations and deliver material help, including medical supplies, to the victims and their families.

The government has requested help from international humanitarian organisations.

“The government is working within its capabilities. We hope that the international community and aid agencies will also help our people in this dire situation,” Taliban leader Anas Haqqani tweeted.

Thousands of Afghan children are at risk in eastern Afghanistan, which was hit by the devastating earthquake, the UN children’s fund said.

A UNICEF statement said the full extent of the devastation was unknown “but we believe hundreds of people have been killed, including many women and children.”

The UN Office for the Coordination of Humanitarian Affairs said its partner agencies were preparing to assist the quake-hit families.

Various global aid groups said they were assessing the situation to provide relief to the affected areas.

UN agencies in Afghanistan “are assessing the needs and responding in the aftermath of the earthquake which has taken hundreds of lives,” said Ramiz Alakbarov, deputy representative of the UN Assistance Mission.

“Response is on its way.”

The UN has been flagging the impact of economic and social crises on children in Afghanistan where nearly 13 million kids need humanitarian assistance.

According to UNICEF projections, more than one million children need treatment for severe acute malnutrition in Afghanistan this year.

Diseases like measles and acute watery diarrhoea continue to spread as up to 97% of all Afghan families live below the poverty line.

The problem of international humanitarian assistance was already a crucial and hotly contested topic due to international sanctions in Afghanistan, which is beset by an economic and social catastrophe with escalating levels of poverty and starvation.

The Taliban have struggled to provide for the country’s everyday necessities with their limited resources.

The situation becomes much more dire when the nation must handle major calamities like the most recent earthquake.

The tremors were also felt in neighbouring Pakistan and India.

At least one person died after the roof of his house collapsed in the Khyber Pakhtunkhwa province of Pakistan, said Disaster Management official Taimoor Ali.

The US Geological Survey said the earthquake had a 10km depth, affecting the areas within a 250km radius.

The US agency assigned a “yellow alert” for possible fatalities due to the earthquake, saying “casualties are possible and the impact should be relatively localised.”

For economic losses, the agency issued a “green alert” due to “a low likelihood of damage.”

Past events with the alert level have required a local or regional level response.

The US monitoring agency said most people in the region reside in houses extremely vulnerable to earthquake shaking, even though some resistant structures exist in the affected areas.

More than 100 people died in Afghanistan and over 300 in neighbouring Pakistan in October 2015 as a result of a 7.7 magnitude earthquake that had its epicentre in the far northeast of Afghanistan.

In January this year, 22 people lost their lives in a 5.3 magnitude earthquake that struck a rural area of the northwestern Badghis province.