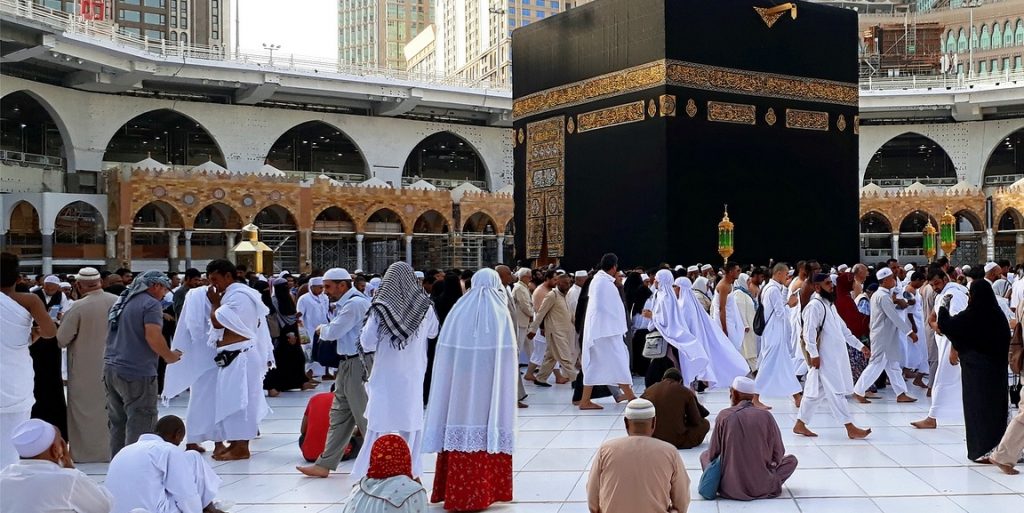 Saudi Arabia yesterday announced that due to the coronavirus pandemic, only a “very limited number” of people will be allowed to take part in this year’s pilgrimage to Mecca.

“In light of the persistence of this pandemic, the severity of the outbreak of infection by gatherings (…) it was decided to establish a pilgrimage this year 2020 with very limited numbers for those of different nationalities within the kingdom,” the Ministry of Pilgrimage said in a statement.

So while this year’s pilgrimage, or haj, will include non-Saudis, those individuals must already reside inside the borders of the Kingdom to be eligible.

Authorities said their aim is making the “ritual safe” and “complying with preventive measures and social distancing,” given the lack of a vaccine.

Limiting the number of pilgrims making the journey to Mecca in late July is in harmony with the imperative in Islamic law to “preserve the human soul.”

The announcement comes as Saudi Arabia has seen the number of confirmed coronavirus cases increase by more than 3,000 day to reach 161,005. The death toll stands at 1,307.

Muslim-majority nations, notably Malaysia, had been calling on the Saudi government to clarify its position on the haj. Until now, Riyadh’s only public statement on the matter was a statement in March urging Muslims abroad to delay making reservations for the journey to Mecca.

Some 1,500 mosques in Mecca reopened Sunday after being closed for three months. Worshippers are required to wear masks.

This is not the first time Saudi Arabia has restricted participation in the pilgrimage.

Between 2014 and 2016, Muslim faithful from the Democratic Republic of the Congo and several other African countries were excluded from the haj because of concerns about Ebola.

The haj represents an important source of income, typically generating between US$5.3 billion and US$6.9 billion for the local economy, according to Mecca’s chamber of commerce.

In 2019, nearly 2.5 million Muslims performed the haj, including more than 600,000 Saudis, according to official figures.

The annual pilgrimage is one of the five pillars of Islam, which every Muslim must perform at least once if his or her physical and economic state allow.