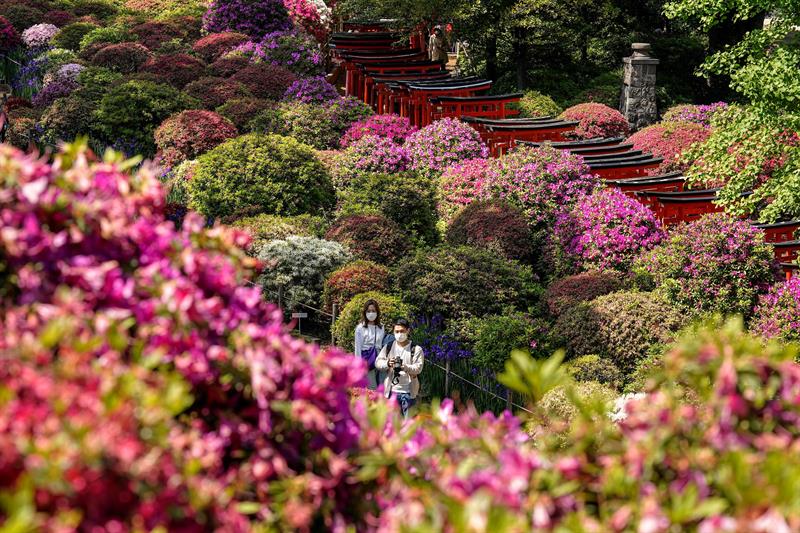 Japan will allow foreign tourists on package tours from June 10 – reopening tourism, suspended for more than two years after the pandemic gripped the globe.

Prime minister Fumio Kishida said the restrictions would be eased for small tourist groups from four countries as a pilot.

“We will resume accepting tourists on escorted package tours on June 10,” Kishida said in Tokyo.

“Step by step we will welcome tourists like normal times, taking into consideration the status of (Covid-19) infections.”

The easing of restrictions will apply to those from a list of low-risk countries based on the Covid-19 situation, a foreign ministry statement said.

Japan closed its borders to overseas visitors since the pandemic began in 2020.

Until a few months ago, it had also prohibited the entry of people with the new student, work or business visas to prevent the coronavirus spread.

In March, the government announced it would begin to ease restrictions amid declining infections both in Japan and globally.

Kishida said the strict measure was “necessary for us to ensure that our medical system was on sound footing and provided time to administer vaccinations.”

“However, from now on, we will further relax our border measures,” he said at an event organised by the Japanese newspaper Nikkei.

In March, Kishida announced Japan’s plans to ease its entry procedure from April to make it on par with other Group of Seven (G7) countries.

The country never imposed a mandatory lockdown during the pandemic or carried out large-scale Covid-19 tests.

It has recorded some 8.4 million coronavirus infections and 30,000 deaths, the lowest fatality rate among G7 nations.

The number of foreign visitors in Japan reached a record 32.88 million in 2019.

But in the pandemic, it was paralysed due to the restrictions applied both by Japan and other countries.

Japan considers tourism a fundamental factor in its economic growth and aspires to attract 60 million visitors in 2030.