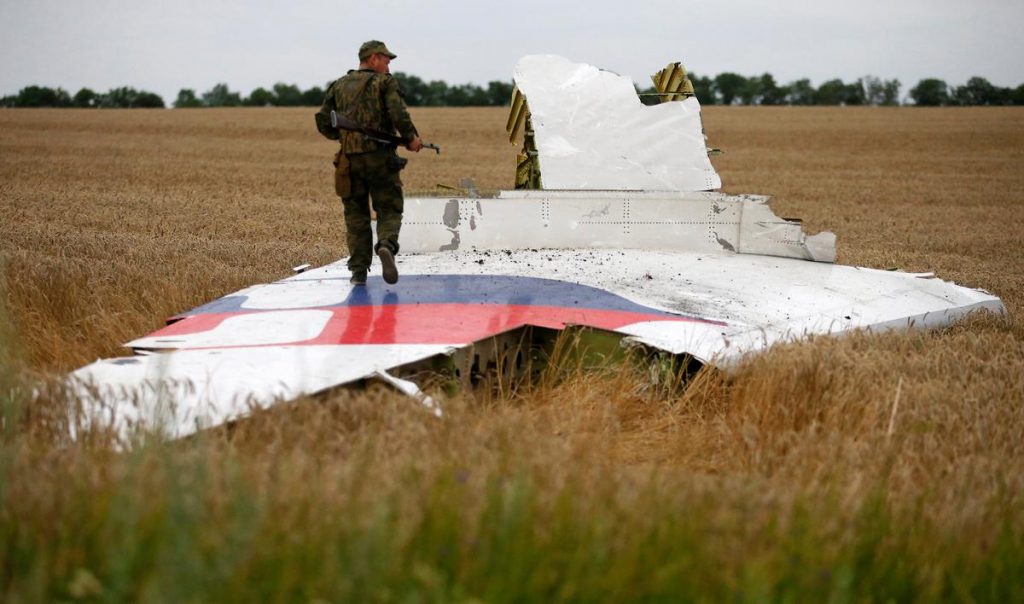 Australia today demanded that Russia “surrender” its citizens convicted for their roles in the 2014 downing of flight MH17 in Ukraine, which killed 298 people on board.

Russians Igor Girkin and Sergey Dubinsky and Ukrainian separatist Leonid Kharchenko were found guilty of murder and sentenced to life in prison by a Dutch court yesterday, while another Russian was acquitted.

The three convicted were tried in absentia and remain at large while, following the verdict, a Russian senator told state news agency Tass that Russia would not extradite its citizens.

“Separatists had direction from Russia. Russia supplied weapons, training, money and the missile which downed the plane,” Australia’s foreign minister Penny Wong said at a press conference this morning in Adelaide.

“We call on Russia to surrender those convicted so they may face the court’s sentence for their heinous crime.”

A Dutch court yesterday sentenced three men to life in prison after they were found guilty of the murder of 298 people on board a Malaysia Airlines flight which was shot down over eastern Ukraine in July 2014.

None of the three defendants are in custody and none attended the trial.

The two Russians were found to have had “high-level and coordinating roles in the operation” that led to the downing of MH17, while Kharchenko was “directly involved”. All three are now liable after the court awarded the families damages of more than €16 million – but it is unclear who will pay the compensation.

While the court was unable to prove who or which authority had ordered the missile to be launched at the plane, it warned that a BUK cannot be fired “by mistake”.

The judge said the court has no doubt whatsoever that the MH17 was hit by a Buk missile fired from the farm field. “This is clear from photographs of a smoke trail in the sky, statements by a protected witness, satellite images, intercepted telephone conversations and transmission mast data, photographs and videos of a Buk TELAR being brought in and removed, and examination of fragments in the remains of a crew member and in the truss and the groove of the aircraft.

“Investigation in the Netherlands and abroad has not revealed any traces of evidence tampering.”

The court dismissed the defence’s theory that the accused thought the target was a military aircraft rather than a commercial passenger plane – as they did not enjoy the immunity granted to war combatants.

This was because Russia had not admitted its forces were operating in the area and the defendants denied they were members of the Russian army.

The court also ruled out the possibility the plane had crashed in an accident, and found Russia was involved in the “armed action” in the Moscow-backed self-proclaimed Donetsk People’s Republic (DPR).

Former intelligence colonel Girkin, 51, was in charge of the defence portfolio in the area where pro-Russian rebels were active and had direct contact with Moscow. The court found he was in command of the battlefield on the day the plane was downed and kept the Kremlin informed.

Girkin worked with Dubinsky, 60, who was head of intelligence in the same region, maintained regular contact with Russia, and the BUK was transported to the field and returned to Russian territory under his authority. He played a “guiding” role, but left the tasks to his subordinates, the court concluded.

Kharchenko, 50, the only Ukrainian, was commander of a pro-Russian rebel fighting group in the area, and was under Dubinsky’s orders at the time of the shooting. He escorted and supervised the missile launcher, and his role was “instrumental”, making him a co-perpetrator of the charges.