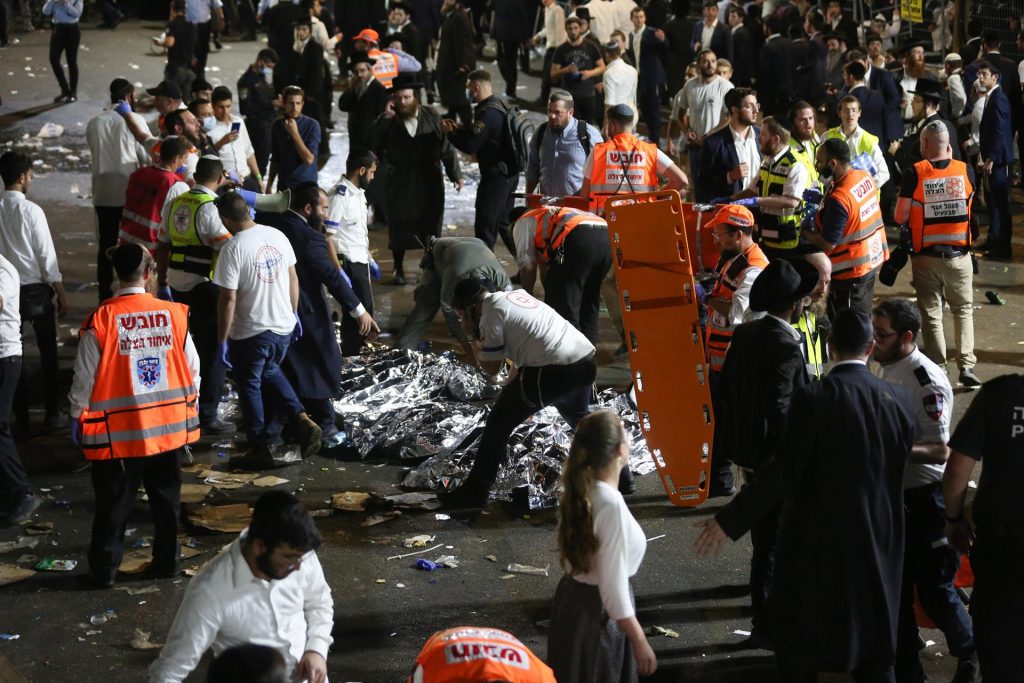 Dozens of people have been killed in a crowd crush and stampede at a religious festival in northeast Israel early this morning.

At least 38 have died and more than 100 others were injured with dozens are in critical condition, according to emergency services, who were evacuating those needing urgent medical attention and installed a field hospital after one of the most tragic incidents in recent Israeli history.

The Jerusalem Post put the death toll at 44, citing Magen David Adom emergency services, and added that dozens of ambulances and six helicopters were called to the scene.

The exact cause of the stampede is still unknown, but it could have been due to the overcrowding, said a spokesman for emergency service United Hatzalah.

“Our volunteers in the area say that there was a collapse due to overcrowding and people fell on top of each other,” causing many to “flee” and find themselves in a more densely populated situation, he added.

One witness told Israeli news outlet Haaretz that “it happened in a split second; people just fell, trampling each other. It was a disaster,” while two different witnesses told the newspaper a police barricade prevented people from exiting and caused overcrowding.

The Israeli army was deployed to assist in the evacuation of the wounded and to provide medical treatment on the ground.

“A serious disaster on Mount Meron,” said prime minister Benjamin Netanyahu. “We are all praying for the recovery of the injured. I ask to strengthen the rescue forces operating in the area.”

The all-night holiday festival of Lag Ba’Omer was attended by tens of thousands of ultra-Orthodox Jews who celebrated with singing and dancing at the foot of Mount Meron in Galilee to honour rabbi Shimon Bar Yochai, who is buried there.

It was carried out without heavy restrictions after Israel had returned to almost complete normality after a swift Covid-19 vaccination programme and the festival was the country’s largest gathering since the epidemic began.