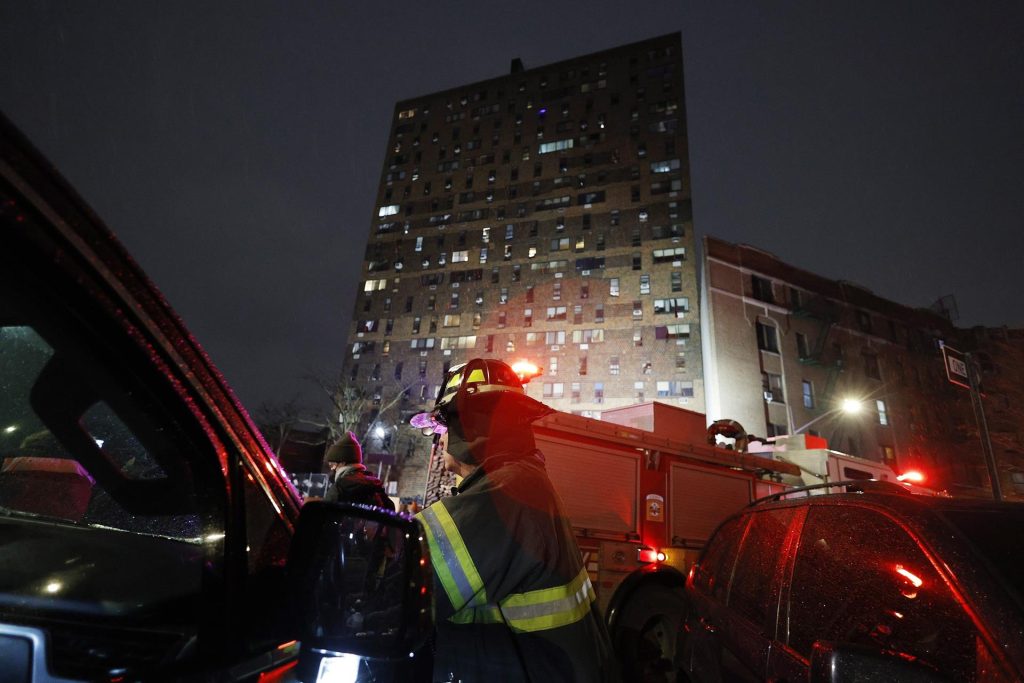 The blaze that broke out in an apartment building in The Bronx yesterday, killing 19 people – including nine children – most probably began when an electric stove caught fire, and the flames spread rapidly throughout the second floor of the 19-floor building because that apartment’s residents left the door open when they fled, authorities said.

New York Fire Department (FDNY) chief Dan Nigro said at a press conference at the fire scene this is the most probable hypothesis of experts investigating the most serious blaze in New York’s recent history, adding that at least 63 people were injured in the tragedy.

Meanwhile, mayor Eric Adams said many Gambians were most probably among the victims, given in this section of The Bronx that African community is in the majority, and he promised the victims will be buried according to Muslim customs and traditions.

“This is a horrific, epic, painful moment for the city of New York. The impact of this fire is going to really bring a level of pain and despair in our city. The numbers are horrific,” Adams said during a press conference at the site of the fire.

“This is going to be one of the worst fires that we have witnessed during modern times here in the city of New York.”

One of the residents in the building’s 120 apartments told CNN the structure had a fire alarm that did not work properly and kept ringing for no apparent reason, a circumstance that could have contributed to other residents not taking the alarm seriously when it went off yesterday.

When asked about that matter, the fire chief said he could not confirm that report but he did say trucks and personnel from his department arrived on the scene just three minutes after receiving word of the blaze.

Two hundred firefighters participated in the task of evacuating the survivors, and those who are not still in the hospital – and four remain hospitalised at latest word – are being relocated into nearby hotels and other public buildings, Nigro said, emphasising that FDNY personnel will continue removing people suffering from smoke inhalation from the scene.

The fire began in a duplex on the second and third floors and, upon running out of the apartment, the residents there apparently left the front door open – allowing the flames and smoke to spread quickly, with the smoke permeating the entire building.

Numerous residents were evacuated from their windows via extended fire department ladders. 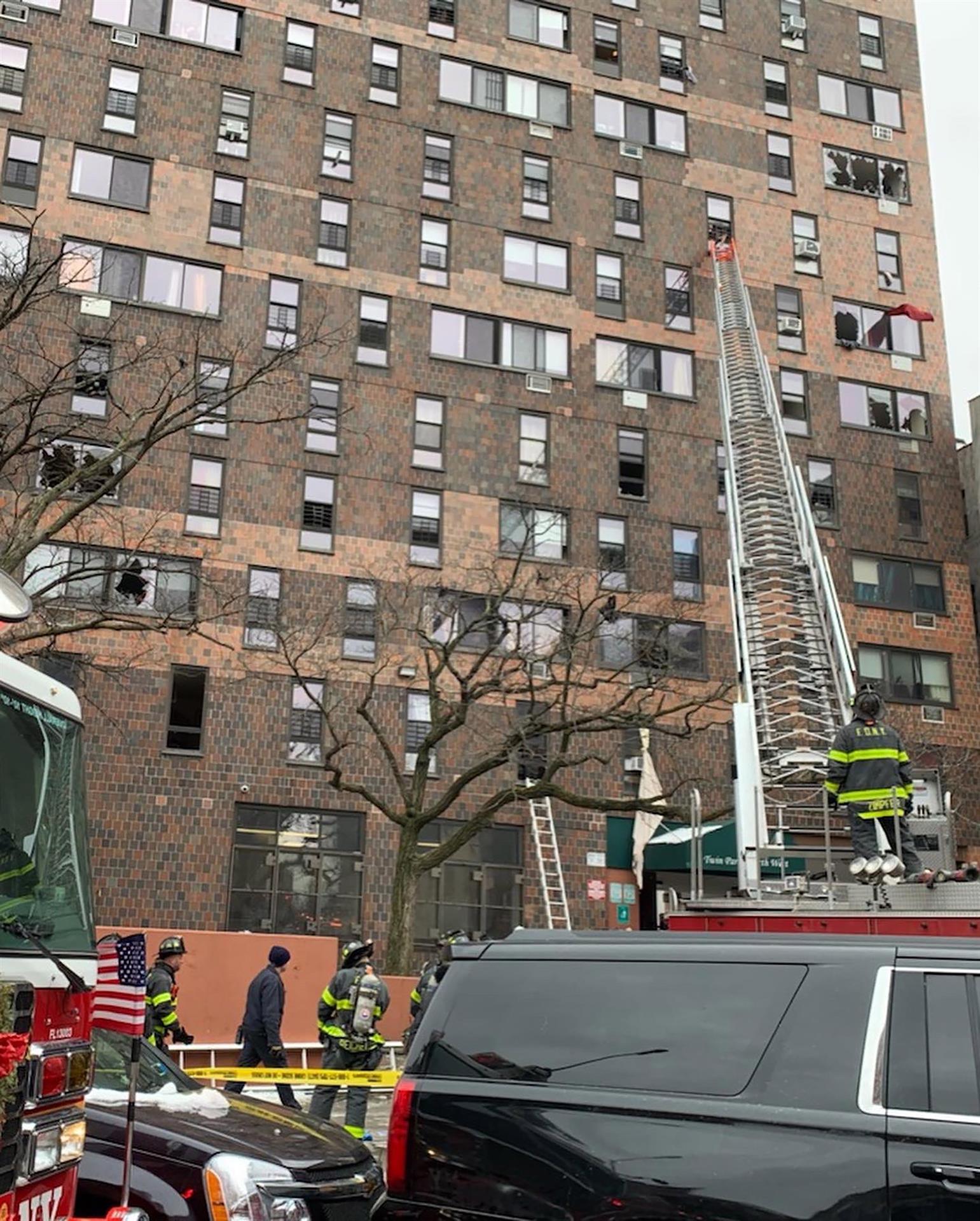 Building resident Cristal Diaz told the New York Post that when she began to smell smoke, she stuffed wet towels under her door, adding that she didn’t know what else to do and looked out the window to see the bodies FDNY personnel were bringing out of the building on sheets.

Nigro said that rescue teams found victims on “every floor,” most of them overcome by smoke and many in very serious condition, whereupon they were transported to local hospitals.

In images broadcast by several media outlets and posted on the social networks, one can see a large number of people, including children, receiving first aid from emergency teams.