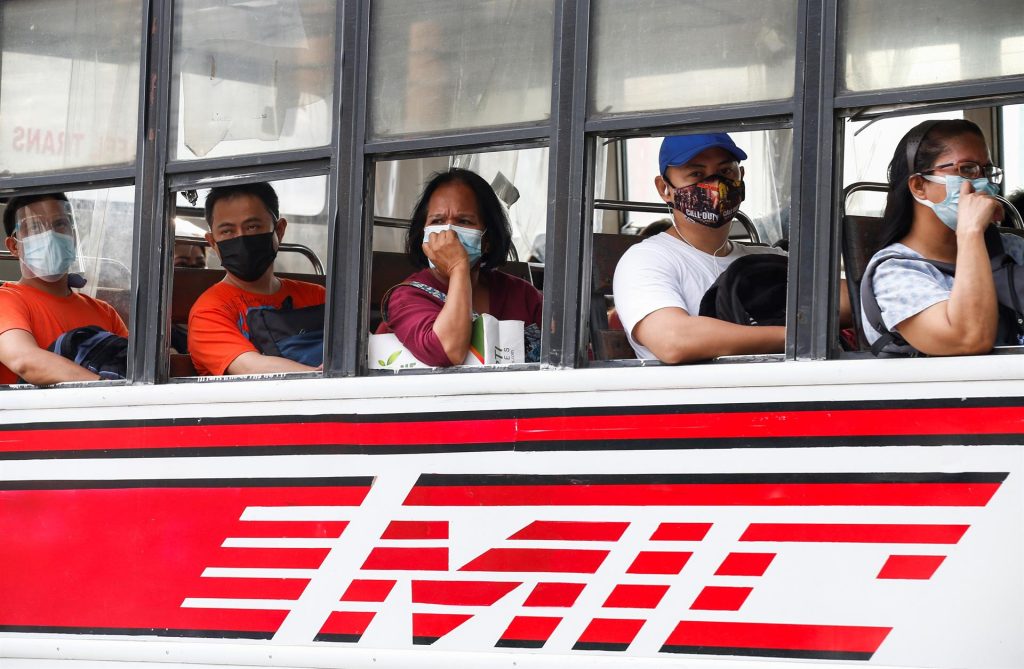 People not vaccinated against Covid-19 are banned from using public transport in Metropolitan Manila while Alert Level 3 or higher is in force, the Philippines government announced yesterday.

In a statement, the Ministry of Transport said that the “no vaccination, no ride” order is in line with president Rodrigo Duterte’s movement restriction policies on the unvaccinated – which were previously announced to stop the rising infections as a result of the omicron variant.

Those not fully vaccinated will not be able to use buses, trains or other public means, unless they have a medical exemption or need to buy or use essential goods and services such as food, medical services or utilities.

Last week, the authorities raised the alert to Level 3 (out of a maximum of five) and imposed lockdowns on the unvaccinated, with the view that they voluntarily refuse to be inoculated and pose a risk to the health system.

The same exemptions apply to them, although unvaccinated workers will have to undergo a PCR test every two weeks at their own expense.

Level 3 includes the prohibition of face-to-face education, sports that require physical contact, the closure of casinos and fairs and capacity limits on restaurants and other venues to between 30% and 50%.

The Philippines, which suffered two serious outbreaks of Covid-19 last April and September, had been registering fewer than 500 cases a day in December, but omicron has triggered a surge that saw more than 28,000 cases on Tuesday.

According to data from Our World in Data, the Philippines authorities have fully vaccinated a little over 48% of the eligible population.

Meanwhile, Indonesia – the world’s fourth most populous country – yesterday began to administer Covid-19 booster vaccines amid concerns about the expansion of the omicron variant.

The campaign prioritises free inoculation in the elderly and people with health problems, although it will also be offered to the rest of the population, Indonesian president Joko Widodo said in a Tuesday video.

Indonesia, which since the beginning of the pandemic has registered 4.26 million cases and more than 144,000 deaths, surpassed its worst wave of infections and deaths between June and September 2021.

They said they are concerned about the advance of the omicron variant throughout the densely populated islands of the archipelago and said it could accelerate the rate of infections in the coming weeks until reaching their peak in February.

Only 54.5% of the target population have received the complete vaccine dose, while 77.2% have received at least one, according to official figures.