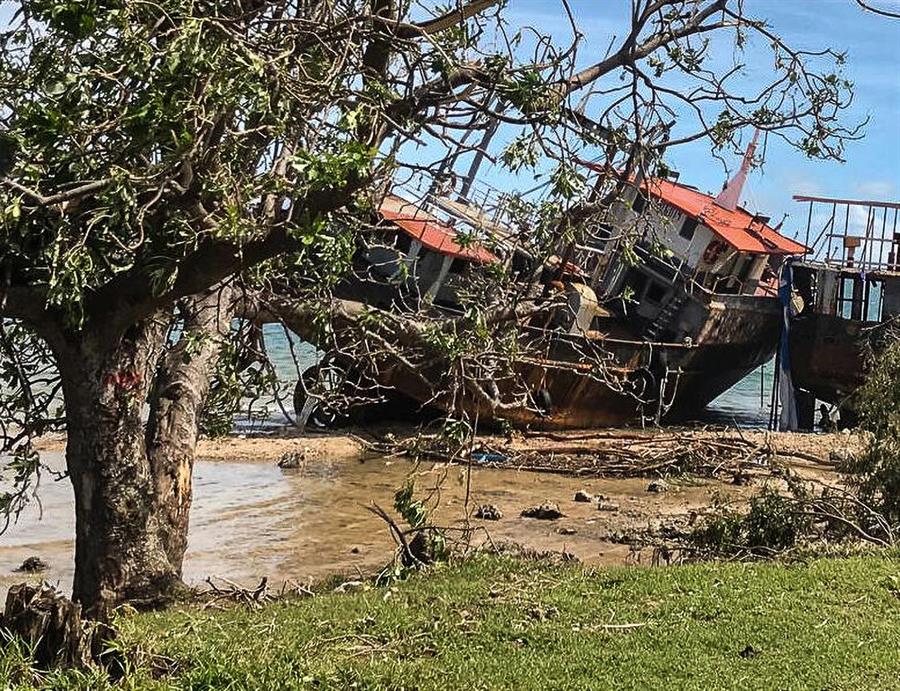 Up to 70% of the houses and buildings in Vanuatu’s second city Luganville, with 13,200 residents, have been damaged by Cyclone Harold, the Red Cross said today.

No details are yet known about casualties as communications lines remain down in some of the 83 islands of the country after the category 5 storm with winds of up to 235kph hit the region on Monday.

The authorities surveyed the most affected areas through a reconnaissance flight and took pictures of the destruction caused by the storm.

“It appears that many buildings and crops have been destroyed and some people in the most affected areas have lost everything,” Vanuatu Red Cross Society secretary general Jacqueline de Gaillande said in a statement.

The local authorities of Vanuatu also warned measures put in place to mitigate the spread of Covid-19 in the country will be at risk.

“Cyclone Harold will have a big effect on our Covid-19 activities. We cannot afford to have any confirmed cases in Vanuatu so we must really take care in the coming time,” de Gaillande added.

Vanuatu, a South Pacific country with a population of 276,000, is one of the few places in the world which is so far free of any coronavius cases.

Cyclone Harold, which later scaled down to a category 4 storm, left a trail of destruction and flooding as it passed through Fiji yesterday and forced 1,000 people to seek shelter in evacuation centres set up by the authorities.

The cyclone is now moving towards Tonga and made a landfall today after weakening even further.

In 2015, Cyclone Pam, considered one of the worst natural disasters in the history of the South Pacific country, left 16 dead and caused substantial material damages.