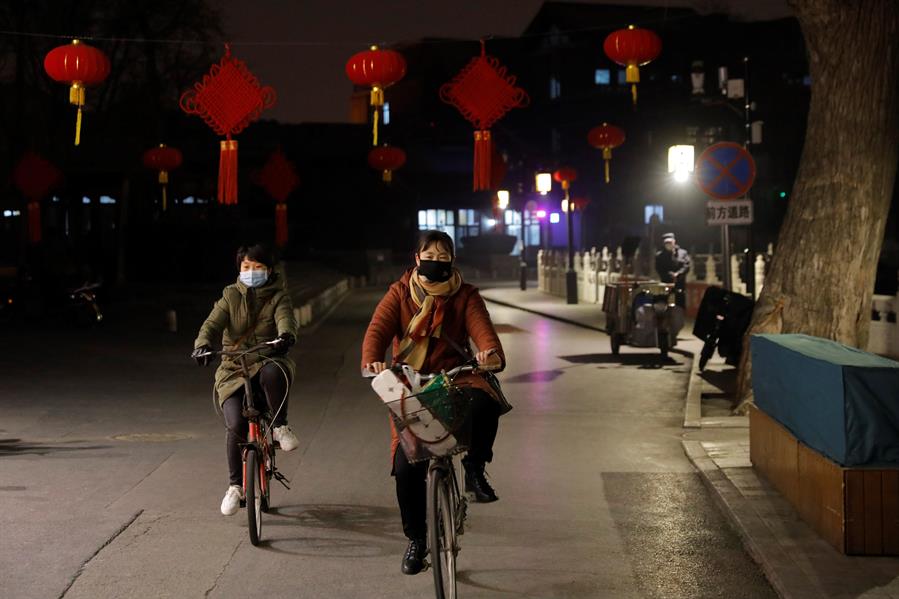 The novel coronavirus outbreak is under control and the general situation is improving after no new cases were registered in 14 of China’s 34 provinces and autonomous regions, the country’s health commission deputy leader said today.

Zeng Yixin, National Health Commission deputy director, said in a press conference in Beijing that daily deaths are however still “at a high level” and must be taken seriously in Hubei province – where the outbreak is linked to fish markets in its capital, Wuhan.

“Control of the epidemic has seen significant achievements and the situation is tending to be better,” said Zeng, adding that the daily number of confirmed cases in China has fallen from 15,152 to less than 900 registered yesterday.

Another 115 deaths and 411 infections were recorded yesterday in Hubei, according to the latest official data, raising the province’s total cases to 60,000, where 2,144 people have died of the disease.

However, that maximum was recorded after metrics which considered a person infected were relaxed – with Wednesday’s and Thursday’s decrease in figures being due, in part, to authorities re-establishing a stricter system to count contagions.

Chinese health authorities placed the coronavirus death toll in the country at 2,236 and the number of cases at 75,465.

Up until midnight Thursday), 11,633 serious cases had been registered, while 18,264 people had been discharged, the National Health Commission said in its daily report.

The commission added that to date, medical follow-up has been carried out on 606,037 patients who had been in close contact with those infected, of which 120,302 are still under observation.

Of these, 5,206 are suspected cases of the new coronavirus called SARS-CoV-2.

The official figures published today represent an increase of 118 deaths compared to the previous day, 115 of which were in the province of Hubei, of which Wuhan is the capital and epicentre of the outbreak, and has been quarantined since Jan 23.

The other three deaths were distributed between the provinces of Zhejiang (east), Chongqing (center) and Yunnan, in the south.

The list of new positives added 889 patients and the number of discharges increased by 2,109.

With the exception of Hubei, Zeng said new cases have dropped countrywide from a peak of 890 to less than 300 yesterday, adding that new infections in the province – excluding Wuhan – have dropped from 1,404 to 400.

He also noted new daily cases confirmed in Wuhan have gone from 3,190 to less than 400 yesterday.

The official also said new cases of patients who have overcome the disease in China have grown significantly in the last three days and matched the number of confirmed cases in the country’s provinces.

Zeng said the number of provinces and autonomous regions in which no case were recorded continue to increase, adding that there are now 14 – including western Tibet, Xinjiang and northern Inner Mongolia.

Xu Nanping, science and technology vice minister, said at the same press conference the first vaccine could be ready for clinical trials at the end of April.

Xu highlighted the recovery of several patients through plasma treatment, which consists of transferring blood from recovered people to critical patients.

The representative said more than 100 people had donated plasma as of yesterday, enough for 220 doses, and said some critically ill patients improved following treatment.

“Those who recover can play an extraordinary role in helping others recover.”

Although about 30 countries have cases of COVID-19, China accounts for around 99 percent of those infected.

The symptoms of the new disease are in many cases similar to those of a cold, but may be accompanied by fever and fatigue, dry cough and dyspnoea (shortness of breath).