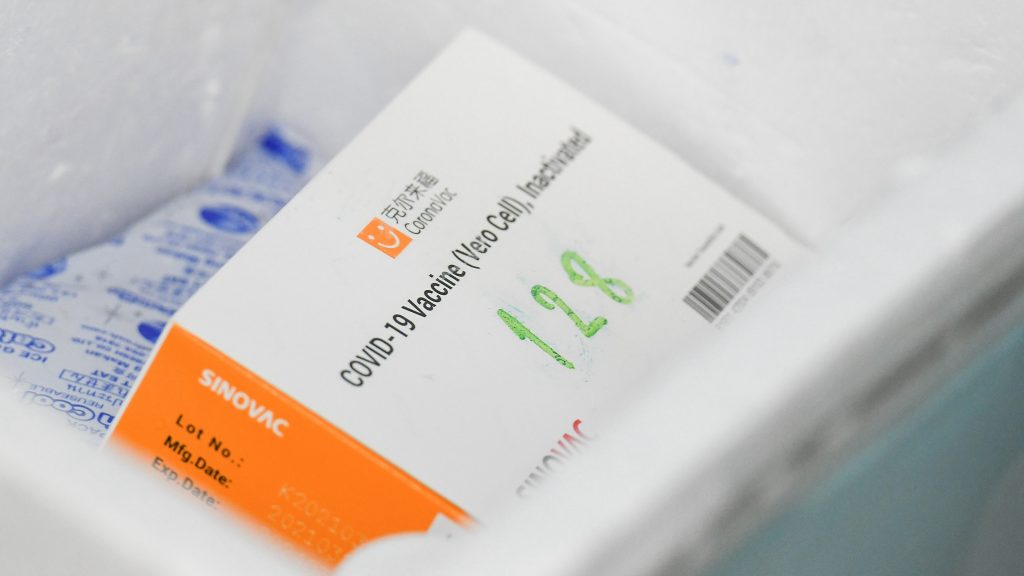 Chile, one of the countries with the highest anti-Covid vaccination rates in the world and where the pandemic has been stabilised, yesterday began inoculating children aged 6-12 with China’s Coronavac vaccine.

The first to receive the vaccine this week will be children with specific comorbidities. Starting Sept 26, all children will receive access to the vaccine.

“Children can also get sick. About 12% of the cases we’ve had in our country during this year-and-a-half are children younger than 18,” public health undersecretary Paula Daza said.

The Public Health Institute (ISP) last Monday authorised the use of the vaccine produced by China’s Sinovac laboratory for children over age 6, thus making Chile the first South American country to give the green light to inoculating people in this age group.

In June, Chile approved the use of the Pfizer/BioNTech vaccine for kids older than 12 and almost 700,000 have already received at least one dose of the two-dose regimen.

“Today, we don’t have vaccines for children under 6, but we will vaccinate the whole family, and we’ll act … by protecting the youngest (first),” Daza said.

The vaccines, she said, “are safe, effective and, besides protecting everyone, are an act of solidarity.”

More than 13.2 million of Chile’s 19 million inhabitants have already been fully vaccinated, of whom 2.2 million who had been inoculated with Coronavac – the most widely used vaccine in Chile – have already received a third dose.

A study by the University of Chile made public last week found that the Pfizer vaccine retains its positive IgG antibody load of above 90% 20 weeks after its administration, while the Sinovac formula shows a progressive decline in effectiveness to about 40% during that time.

The pandemic, which had its most serious peak between March and June 2021 and forced 90% of Chile’s population to go into lockdown once again, has been receding for weeks and on Monday, 426 new cases were detected and 21 people died from Covid-19 – bringing the number of infected people in Chile to 1.64 million and the official death toll to 37,253.

The positivity rate – the percentage of positive Covid-19 tests among the total performed – for weeks has been below 1% and currently there are about 500 patients who are in Chile’s intensive care units, compared with almost 4,000 during the most critical months of the pandemic.

The authorities, however, are keeping the midnight-to-5am curfew in place and have had the country’s borders closed to tourists since last April.